How the tables have turned on the Brexit polls

Leavers take the lead in latest round of polls

Here's the most recent results; 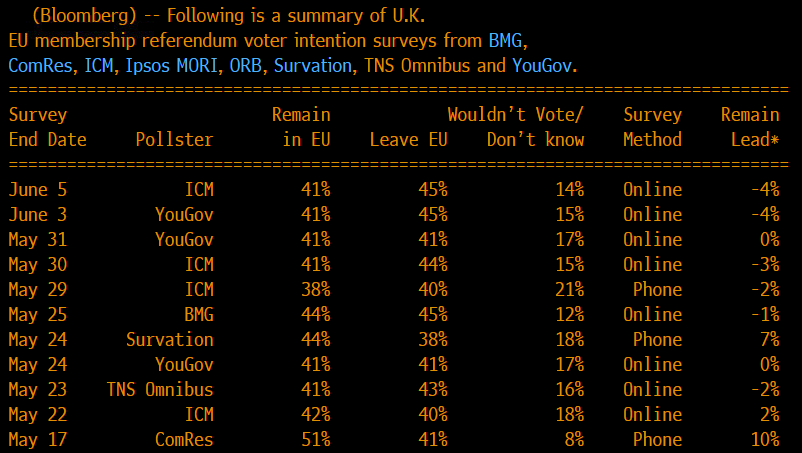 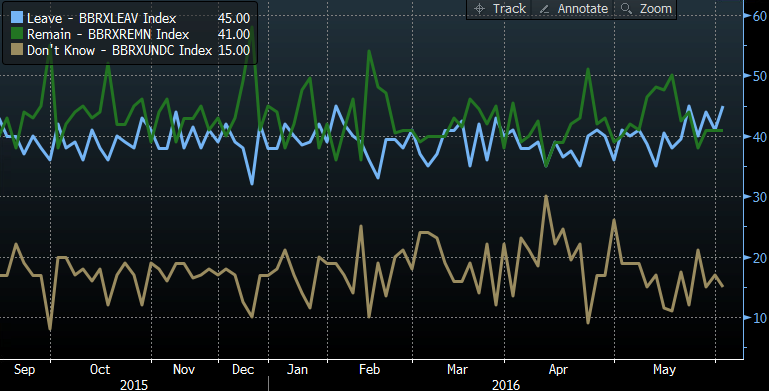 With the leavers now in the lead expect the pound to remain soft but it will only take a couple of polls coming out in favour of staying to change the picture once again. As far as the actual result goes, it's going to be the undecided that will make the difference.

One thing to note is that these moves are reactionary and not indicative of the possible size of moves that will happen when the results come out. A big part of the move down to 1.38 was very much due to some in the the market pricing in an exit. That was the real money positioning themselves and taking insurance via option plays etc. The rally back up came as the early polls started showing the stayers in front but the fact we're not even close to making a move back down there shows that these poll swings in the quid are nothing but intraday noise. I very much doubt that those positioning for an exit have given up those positions and it's more shorter-term money that helped the bounce.

That leaves some big positions to fill if the UK votes to stay and vice versa for those trading against an exit.

It doesn't help us in the meanwhile as these polls can come and go as they please meaning were open to headline swings. So, we're dealing with trading the intraday moves as well as what may be the final result. That's not something I'm entirely confident in trading right now. Sometimes if the sea is too choppy it pays to stay in the harbour.