How the US will import a recession

Trump is right to fear the strong dollar, but he can't stop it 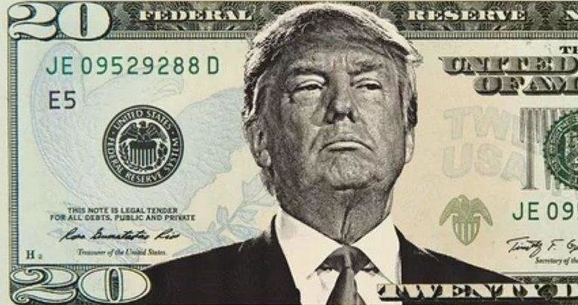 The bond market is flashing every kind of warning sign there is. Yet when you look at economic data it's fine. Core US consumer spending in the first seven months of this year is the highest of any 7-month period in 30 years. Unemployment is at record lows.

But the inverted yield curve isn't a sign about today, it's about 18-24 months out. What the market is saying is that the fire is built and the kindling is dry, and it just needs a match.

The match is the FX market - specifically the euro. A drop is going to set of a cascading chain of events that ends just as the market is predicting.

The economic data point that stands out from last week is the German ZEW survey. It's an economic sentiment survey of businesses and it's one of the best leading indicators out there. The expectations component fell to -44.1 from -24.5. That's an astonishing tumble from an already-depressed level. 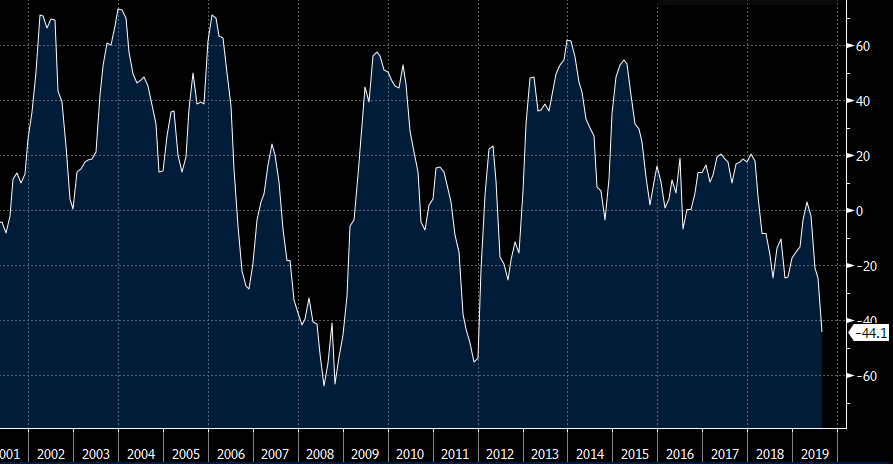 Europe is struggling already, Germany is headed for a recession. Italian growth will be flat this year. France is headed for sub-1%. Consensus right now for the entire region is 1.1% but that's coming down, it's nearing stall speed.

The relief valve is euro weakness

We're nearing a paradigm where you can't own the euro unless you pay. You either buy a negative yielding bond or you pay negative deposit rates. It's astonishing that it's as high as it is.

The euro has fallen four days in a row and is poised posted the lowest weekly close since May 2017. There is a bit of a bounce today on talk of fiscal stimulus but Germany can't abandon a balanced budget unless the lower house of parliament declares a crisis. Official forecasts are still for an economic rebound.

The EUR/USD chart itself isn't pretty. It's still above the intraday lows from three weeks ago but support is thin down to 1.04. 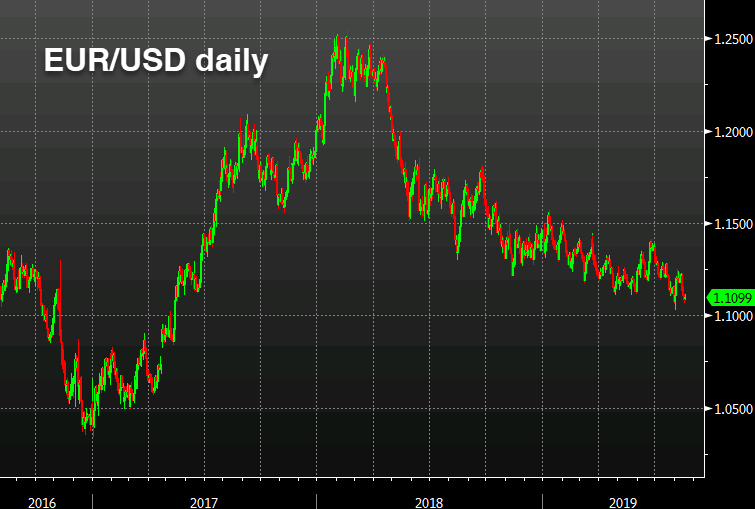 I can easily see a +10% drop in the euro. That's in large part because European governments are paralyzed. Stimulus rules are far too strict.The euro is a fiscal noose.

It's madness that the German government can borrow at -0.64% and they're not spending. The only thing better than free money is someone paying you to take money. It's insanity not to take it.

How the US imports the recession

What I think happens is that the euro drops and the recession spreads. China is hit first. It's not going into a recession but growth will slow. Remember that the yuan isn't pegged to the dollar, it's pegged to a basket of currencies. The US dollar is 22% and the euro is 16%. So euro weakness alone forces some weakness into the yuan.

At the same time, emerging market currencies come under increasing pressure on global growth worries. That will make the US dollar and yen soar, something that sends Japanese growth back below zero.

All the weakness elsewhere and the strong US dollar kills US corporate profits. 40% of S&P 500 sales are from outside the US. So even without any changes in the US economy, you have stock market weakness. That will lead to lower investment, fear and layoffs. Eventually it hits home.

What US investors struggle with is the idea of importing a recession. It's something that's never happened in the United States. I think the Fed is just waking up to that risk but it's not something in their playbook.

Where it all can go wrong is how the US reacts to these FX moves. More importantly, how the White House reacts.

Ideally there would be some fiscal stimulus and the US battles through. What I think is more likely is that the President overreacts to the strong dollar and hits Europe with tariffs, and hits China with more tariffs.

That's what kicks off the negative feedback loop. Instead of a sluggish year or two; we get the pain that the bond market is forecasting.

Right now Trump is focused on the Fed but even if Powell cuts to zero it's not going to stop the dollar from strengthening. It's the safe haven currency and that's amplified when it's the only place that's growing.

I break it all down in this video:
ForexLive