How will the US election affect the markets? Join $2000 SimpleFX trading cup 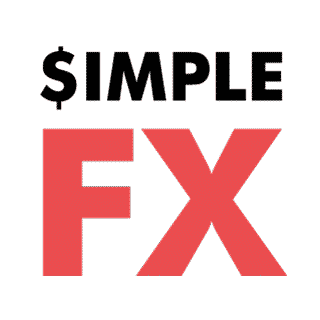 Everyone expects a bumpy ride toward the US presidential election this year. On November 3, the people will choose who will lift the pandemic-ravaged economy. Generally, a pump in volatility occurs during election years, and this presents plenty of profit opportunities for margin traders.

Join the $2000 SimpleFX US Election Trading Cup and ride the volatility with extra rewards!

All eyes are on the incumbent President and Republican leader Donald Trump and the presumptive Democratic nominee Joe Biden as they compete for the presidential seat. Investors and traders keep a close watch on the markets during the US election weeks.

European leaders seem to favor a stable regime with Biden with lower chances of a US-Euro zone currency war. Trade tension could lessen, but tax increase for high-income households and restricted deregulation may take place. On the other hand, if President Trump will be re-elected, the US-China trade war could escalate, which is problematic for several US exporters and hurts the US dollar. However, promised tax cuts and deregulation could boost the US economy.

Historical data shows thatvolatility on stocks and indices, such as SPX500, is higher during election years than in normal years. The markets will repeatedly weigh in probable policies, especially on international trade, of the future administration. Safe-haven assets like gold could fluctuate with market uncertainties and projected economic direction for the next 4 years. Forex pairs such as EURUSD and USDJPY are highly likely to be volatile as investors react to what will become of foreign policies.

The election aftermath could mean significant changes in legislation enactments, monetary policies, and administrative policies. The US presidential election coupled with the pandemic and looming recession may trigger decisive shifts in the financial markets in the coming months.

It's the perfect time to trade with leverage. Margin traders enjoy higher yields on volatile times.Take advantage of vital market moves and multiply your earnings by trading the hottest symbols with extra weekly rewards.

To join the event, simply sign up at SimpleFX and trade on these symbols during the contest period:

Be one of the 20 traders to grab amazing prizes in each session. Traders with the highest trading volumes will be chosen. Gear up and reach for the top for bigger rewards!

Please note that only one SimpleFX live account for one trader can be used to enter the contest. If you have two or more SimpleFX accounts, the account with the highest trading volume on the given symbol and trading period will be considered.

Trading CFDs on SimpleFX lets you earn as you speculate on an asset's price. Go long if you think that the price will go up. Go short if you think it will drop. We offer up to 500x leverage, no commissions, no KYC for cryptocurrency based accounts, and no minimum deposits.

Don't miss this chance.Make sure your trading accounts are ready for one of the biggest events this year!

This article was submitted by SimpleFX.