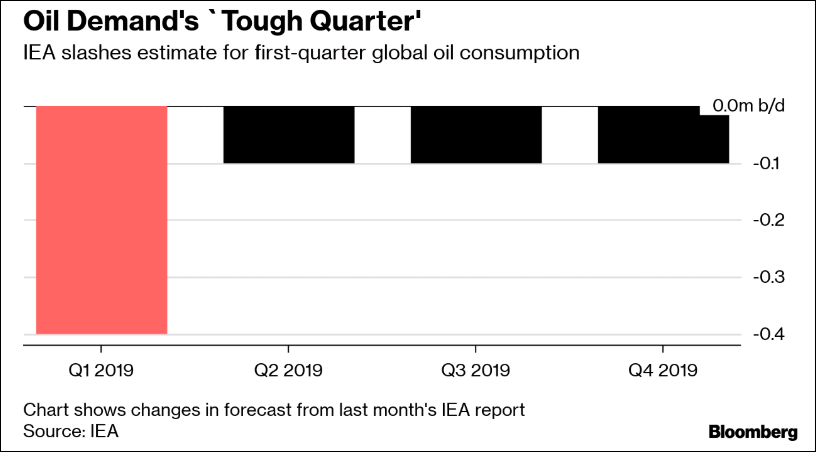 ForexLive
It is the first time since October that IEA has slashed its global demand estimate as it reduces its forecast for global oil demand in Q1 by 400k bpd and another 200k bpd for the year.
The outlook here isn't exactly terrible news for oil prices but it certainly isn't a positive. Oil is down by more than 1% on the day now to $61.05 as price continues to be pressured after a surprise build in inventories from the API data overnight.