Weekly initial jobless claims for the week of September 28 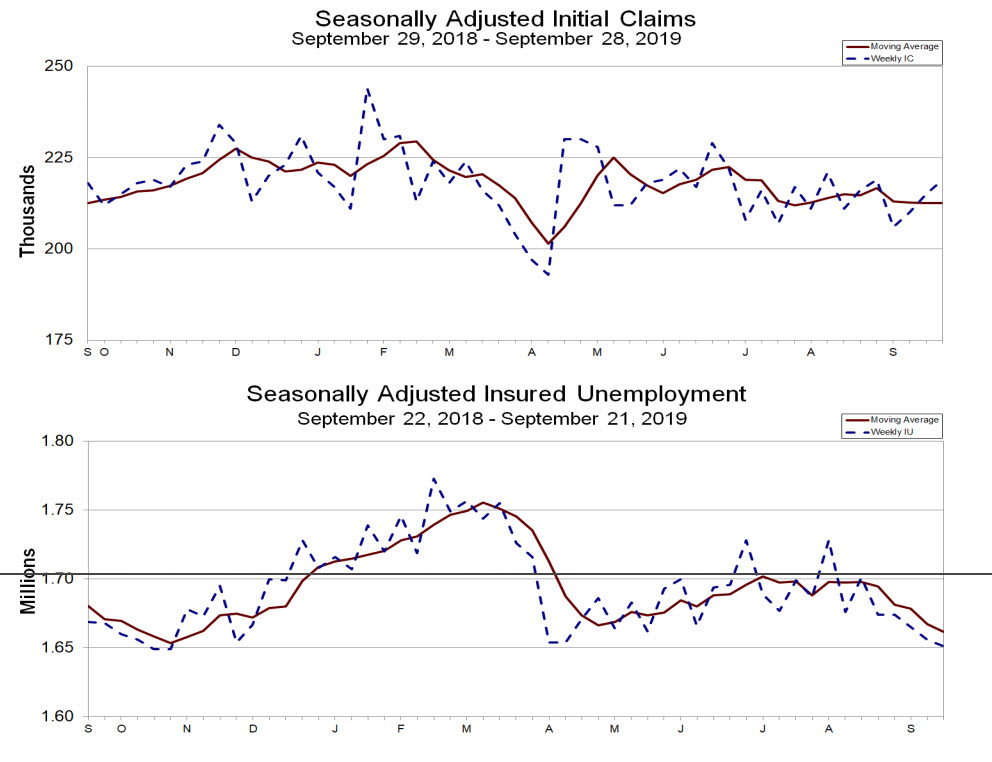 The jobless claims data continues to point toward a strong jobs market. Tomorrow the US will release its latest nonfarm payroll numbers and other job-related statistics.  The expectations are for a number around 130K.
US stocks have recovered some of their earlier New York losses:
ForexLive