Why the 'herd immunity' argument is about to make a comeback

The financial, social and political costs of bailing everyone out is too high. Bet on human ingenuity

Go back to any point in the past 10-weeks and I've been negative on just about everything. I was mocked yesterday for warning about oil hitting zero and here we are today with Canadian crude trading at $5.
What I think the market is reacting to right now is the lack of firepower anywhere. The Fed and the Treasury both took their best shots this week and fizzled.
Congress is working on something else but Congress is going to screw it up, like they always do. Even if they come up with something, it won't be enough. I've done the math over and over and there just isn't enough money for bailouts. If you bailout one company right now, you have to bailout out all of them. Once you go down that road you clear the way to a social and political re-organization.
I'm using the US as an example here but the same thing applies everywhere and that's reflected in the markets. If we bail everyone out the costs will be staggering but even if that were possible, the social and political costs are too much. 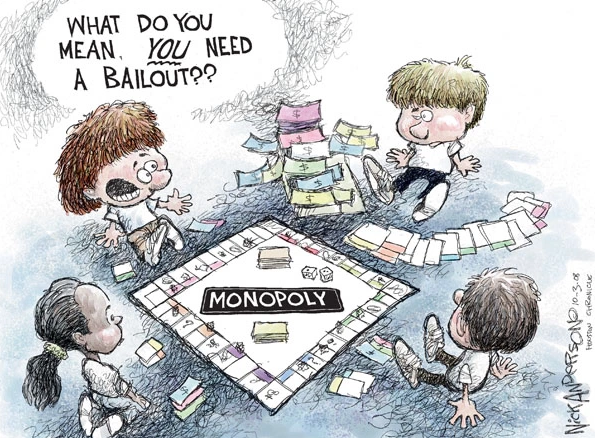 Can it get worse? It most-certainly can. There's no reason to think that waves of headlines about a staggering number of cases and deaths are avoidable. I said before: We won't hit the bottom until nurses are walking off the job and the military is called in.
What I've said many more times is that you can't underestimate human ingenuity. The long arc of history is up and to the right. All the brightest medical minds in the world are working on this right now.
Here's the bull case
Look at the Diamond Princess. A total of 696 people were infected with coroanvirus but 7 died -- at least so far. That's 1%. Just over half were asymptomatic. And remember, this is an elderly cohort.
So lets hope that 1% is the real rate. That would imply far, far more infections in Italy but ultimately, it's good news.
In addition, everyone is trying to find treatments. Day after day there are headlines about some treatment or another being effective. There's too much out there to digest but if you believe in medical science then you have to believe they could at least halve the mortality rate.
So if we adjust for age, hope for medical improvements and toss in a dash of optimism, maybe the rate is 0.1-0.2%.
This is going to sound heartless but... that's a cost I think we might have to pay. Obviously, the political landscape now makes that tougher to execute and even if it were true, the panic wouldn't die down.
I'm glad I'm not the one making the decisions but I think that once the costs of locking the world down for 6 months are tallied, the herd immunity argument makes a comeback.
ForexLive