Is this an equity rally or a VIX-tinction?

Is this all that it seems? 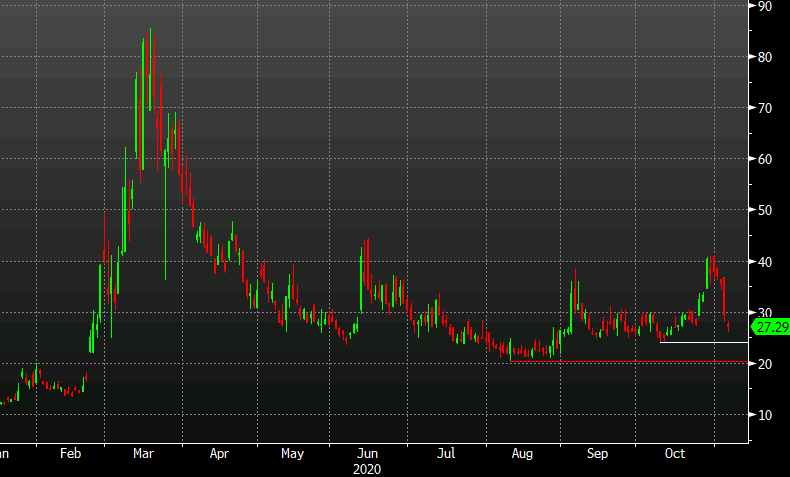 I wrote about the impact of the options market in the equity rally since the election and I can't shake the idea that it's the major part of the move.
There's a good argument that the move in equities and risk trades has little do to with who won the Presidency and Senate and everything to do with volatility.
There was a huge demand to hedge into the election and this may simply be an unwind via dealer hedging of short-dated options.
If that's the case, the next question is: Does it have any gas left in the tank?
Looking at the VIX, which is clearly a simplification, it could get back to around 25 fairly easily so there might be another leg there. Beyond that, 20 becomes a bit tougher because there are still some risks out there, including year-end. In time, I think it can but much of it depends on how much price can become the narrative. When stocks are going up, bulls will buy almost any idea, including that gridlocked congress is good or that tax hikes were avoided (they were highly unlikely anyway). The pandemic also isn't going away in the next few months.
The bottom line right now is: Be wary of fundamental explanations this week for the rally; those are following the price action. If/when prices start to fall, that narrative can change quickly.