We've resolutely tried to avoid poll watching for the past year but it's October now and the election trade is on.
I expect hopes for a stimulus plan to die today and that raises the stakes in the election. A blue sweep would mean a large stimulus package in January while a Republican win in the Senate or White House would leave us at a stalemate, or with a smaller stimulus. I don't even contemplate that the Democrats could lose the House, given their massive polling lead.
I agree wholeheartedly with this Goldman Sachs' simple assessment on what the election will mean for markets in the near term.

I think USD/MXN is a particularly good way to express this, given Trump's antagonism with Mexico.
So where do we stand?
Biden has a strong lead, there were three polls released yesterday:
The last one is particularly telling because Rasmussen overwhelmingly shows Republicans in better standing than other pollsters.
The average shows Biden up 7.2 points from RealClearPolitics: 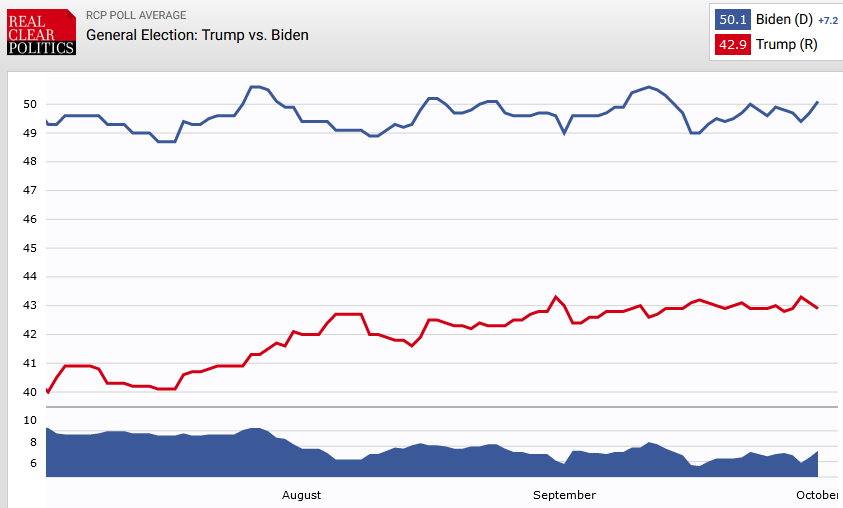 Let's compare and contrast that to the final stretch of Trump vs Clinton. At this point, she had just started to open up a lead after the gap narrowed in late September. She was boosted by the first debate on September 26 and then the gap grew considerably after the infamous Access Hollywood tape on October 7. 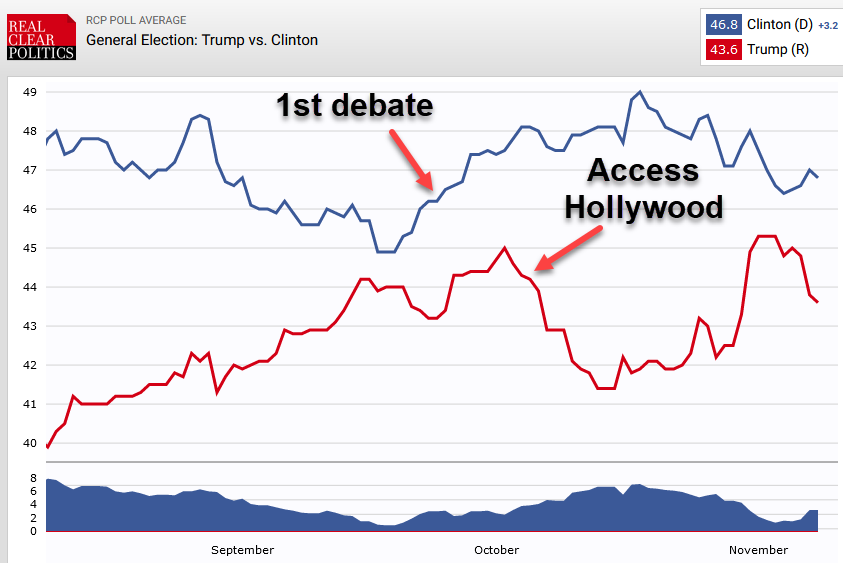 Even at her best though, she wasn't as strong as Biden is in the latest polls. She maxed out at +8 compared to +7.2 for Biden currently but she never hit 50% and Biden is there consistently. She ultimately ended up at 48.2% to 46.1% for Trump. Importantly, around 12% of voters identified as undecided in that election at this point; now it's near 5%.
It can all change with whatever parties have up their sleeves this month (and rest assured, there will be dirty tricks). Bookies have it 60/40 for Biden but I think it's around 80/20.
Obviously the electoral college is what matters not national polls but if you go down the list of key states, they consistently favor Biden. The most-recent ones from RCP:
Some of those are outliers but Trump won every single one of those states in the last election and needs to win almost all of them again to repeat.
For bank trade ideas, check out eFX Plus