It's pardon day at the White House

Trump hands out the get-out-of-jail-free cards 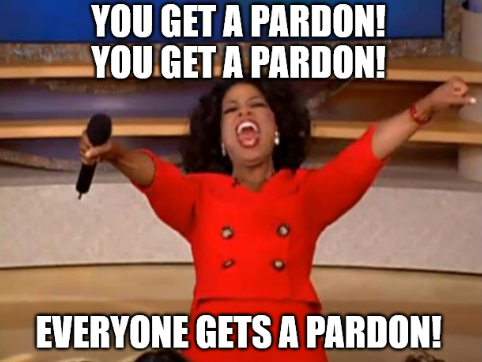 Trump has handed out a handful of pardons today including:
The first three had long-ago served their sentences so this was mostly a symbolic move but Blagojevich was in jail and was scheduled to serve another four years. He's been in prison since March 2012.
ForexLive