The preliminary Japan Q2 GDP data can be found here:

The revised numbers coming in stronger than initially indicated in the flash.   more to come
For the y/y, comes in at +1.9% (prelim +1.3%).
Capex, private consumption, net domestic demand all higher than prelim.
Net external demand unchanged from the preliminary.
This is a little encouragement for Japanese authorities. PM Suga announced last week he was stepping down. He'd been perceived as having managed the coronavirus outbreak and associated measures poorly. Its tough in Japan, there are tight limits on what the government can impose on citizens, Australian-style lockdowns (whcih did manage to control pre-Delta outbreaks effectively, obviously at a cost to the community) are no-go in Japan.  Perhaps these GDP figures will go some way towards a better legacy for Suga than maybe he was facing.
OK, back to the numbers, the deflator, which is a measure of inflation has come in at -1.1% y/y, which is not as low as the Q1 delator (-3.4%) but does not offer to much to the BOJ -  the Bank has a target of 2% y/y inflation.
Soon to step down PM Suga: 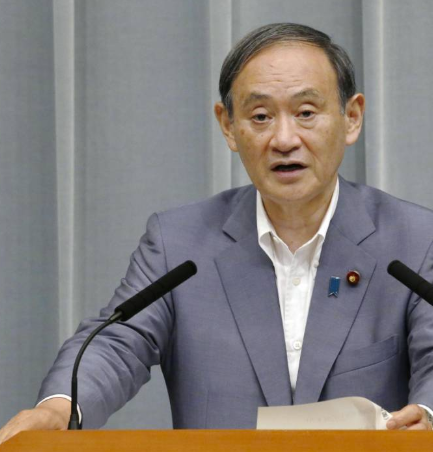