Data released earlier than expected, was due at 0530 GMT.
Some poor numbers on the retail front once again following yesterday's convenience store numbers for December here.
Not too big of a deal, but it's a build up to the retail sales numbers due on 30 January. 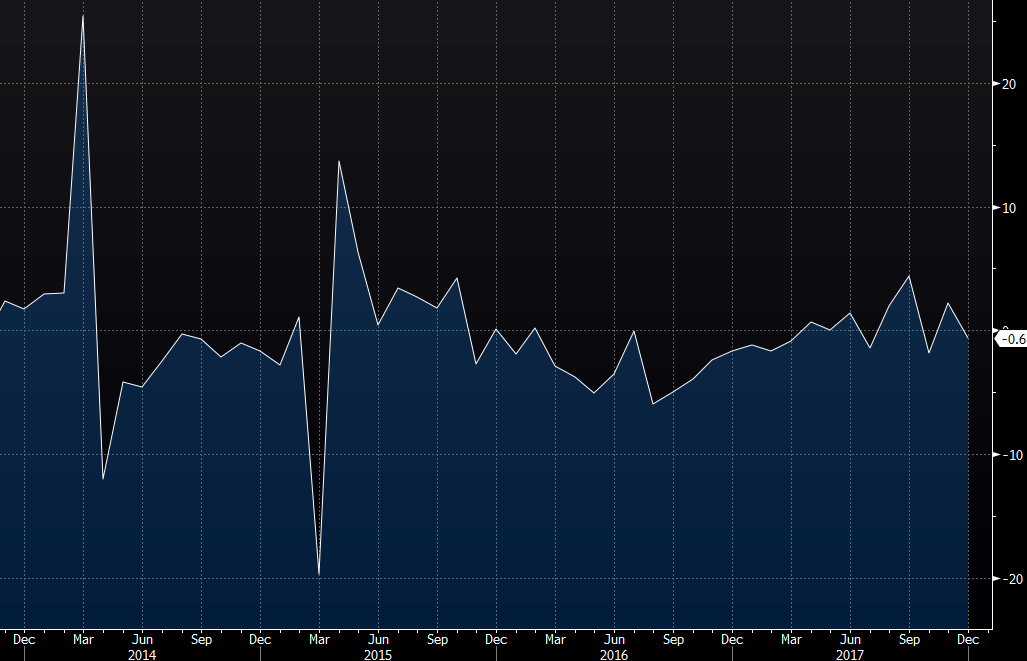