Is this the start of some acknowledgement by the government to take more serious actions to curb the virus spread?

Nishimura's remark above could be a token remark but on the other end of the spectrum, it could represent some potential change in heart by the government.
The latest virus resurgence in Japan has already well exceeded the initial outbreak and is starting to take a toll on medical capacity across the country. The fear is that the virus situation may escalate further and medical workers will be overburdened.
That may lead to deaths increasing in the coming weeks and that won't be a pretty sight.
In any case, as much as the government wants to promote the reopening of the economy, the health crisis getting worse will stifle any potential for a return to pre-virus levels as the fear of the virus itself will play a major role in limiting consumption activity.
For bank trade ideas, check out eFX Plus 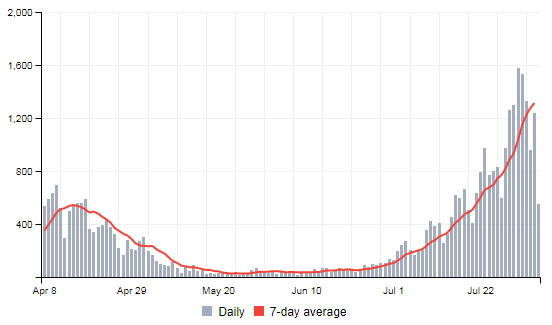