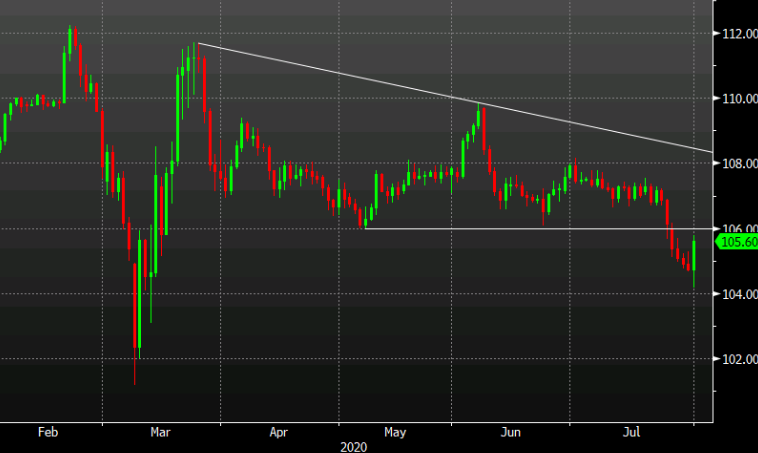 Japan tried some verbal intervention earlier today and it didn't do much at first but it's likely responsible for the reversal today, if not outright intervention.
A senior ministry of finance official was on the wires saying 'forex stability is important'. That's a code word and he added that they continue to watch forex markets with a sense of urgency.
That was followed up with comments from Taro Aso himself who repeated the same talking points, including that the yen has been rising rapidly and that the strength in the currency didn't correspond with trade balance shifts.
USD/JPY continued to decline immediately after the comments but might have been caught in month-end flows out of Tokyo. Now we're seeing a huge reversal. Later, tehre were reports of a meeting between the BOJ, MOF and FSA to discuss markets. That meeting was at 0700 GMT and the rally kicked off just before it began.