Japanese parliament will officially name a new Prime Minister on Oct 4. Who will it be?

Taro Kono is now the favorite 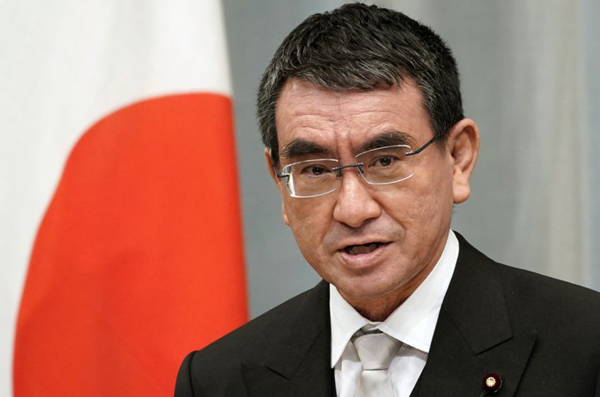 58-year-old Taro Kono is one of the favorites to take over the LDP and become the next Prime Minister. The October 4 date is a formality with the LDP to select its president on Sept 29.
The fluent English-speaker topped an opinion poll this week, leading to a rally in Japanese green energy stocks. He supports phasing out nuclear power.
He's also a favorite of market analysts who are thrilled at the possibility of a world leader with a name as easy to write as 'Taro Kono'.
Former Defense Minister Shigeru Ishiba was in second place in the poll with 26.6% and former Foreign Minister Fumio Kishida at 18.8%.
Before Shinzo Abe, there had been a carousel of Prime Ministers for a five year period, with each lasting around a year.