JPMorgan says it will be a long fall 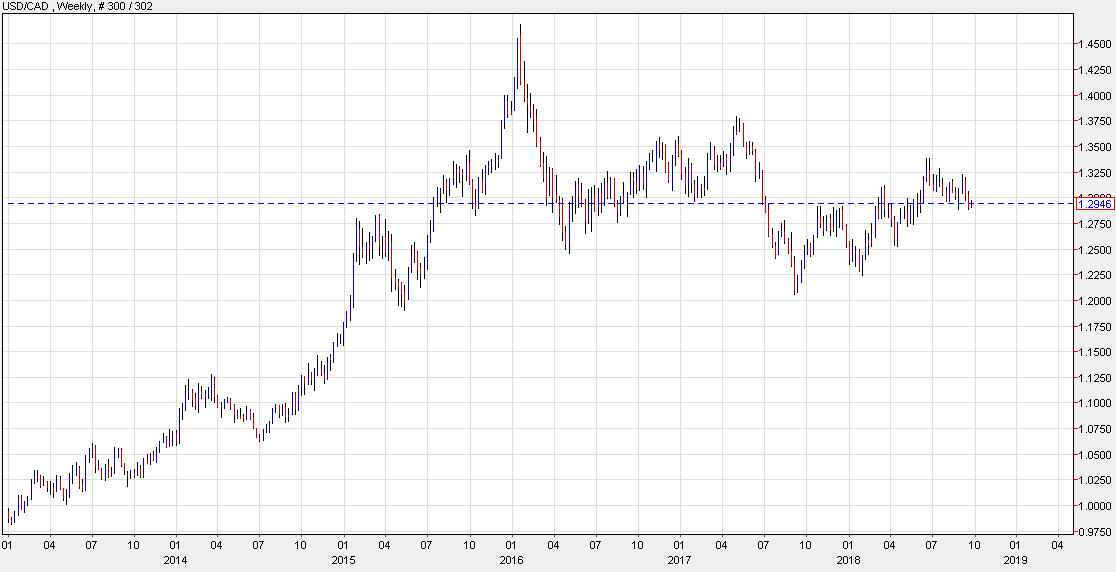 If the US leaves NAFTA, the Canadian dollar will take a beating, JPMorgan analysts predict.

They say the loonie would fall nearly 10% in a worst case scenario where a deal breakdown also leads to 25% tariffs on autos.

"The worst-case NoFTA could mean USD/CAD at 1.43 as the market prices a 'safety-net' 50bp cut by BoC," they wrote in a note cited by Bloomberg. "A potential overshoot would also probably be unbound and thus larger versus the best-case scenario, given the large unknowns."