Let's talk about the repo/funding issue

This is arguably the hot topic in markets right now but what is it really?

Just to clarify, I'm no expert in repo/funding whatsoever. When I started my career on the trading floor, I was posted to the repo desk for a brief period. But all it took was just two days and it was enough for me to request the treasurer to place me somewhere else.
Essentially, that is what it is. The crux of repo/funding is that it is not meant to be "sexy". It is supposed to be "boring" as it is a core function in the market among financial institutions that is meant to work consistently and efficiently, pretty much all the time.

So, when you see the big meltdown in repo rates making headlines - even just for a few days - something is wrong here. This isn't even supposed to be something people should be talking about for a day, let alone the entire week.
All of that culminated in the Fed losing control of the effective Fed funds rate (EFF) on Wednesday and barely keeping things in order yesterday.
ForexLive
So, let's dive right into it and break down the basics of the issue and then go from there. (P/S: Most of the information I'm sharing are stuff that I've learnt and came across on the web, they are credited to the sources at the end of this article)

What is a repo? 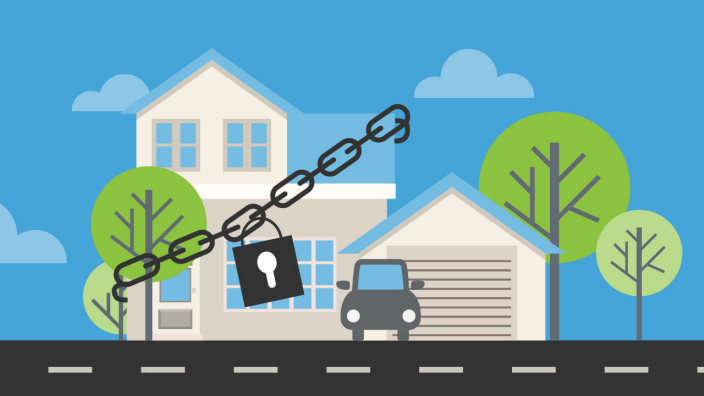 A repo (repurchase agreement) is a way for entities to finance bond purchases. It is where an entity purchases a bond and borrows let's say something around 90-95% of the value of the bond, then posting the bond as collateral.

What is a repo rate? 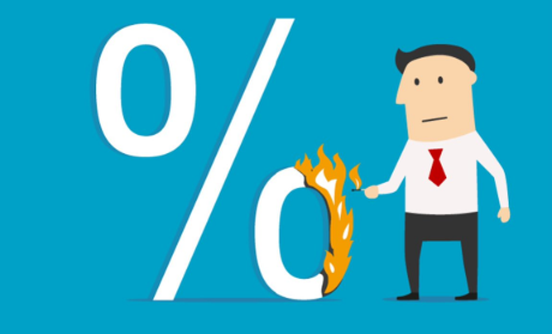 The bonds often financed by a repo are Treasuries or other low-risk securities (back during the global financial crisis, the rotten MBS were financed this way too).
As such, you can imagine how big the market is considering the size of the Treasuries market. Typically, hundreds of billions worth of these funds are exchanged every day and the main overnight borrowing rate is deemed the repo rate.

How is a repo rate determined? 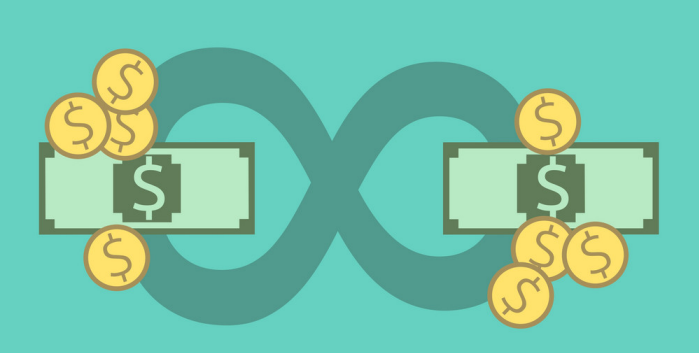 Much like everything else in markets, it is a function of supply and demand (or bid and offers if you will). The Fed has no direct influence on the repo market but it has ways to try and control it and one of those is the EFF.
Essentially, the Fed is able to influence the behaviour of bank reserves held at the central bank via the EFF and such behaviour should spill over to funding markets like repo too - because funding markets rely on bank reserves for liquidity.
In short, the logic is that the Fed controls the EFF and that should ultimately control the repo rate as well - except on rare "technical occasions".

So, what has happened this week?

To get straight to the point, the logic sort of broke down.
The overnight repo rate shot up to 7-10% on Tuesday and has forced the Fed to step in because it is seeing the Fed lose control of the EFF as well - and it did on Wednesday.

Why does this matter? 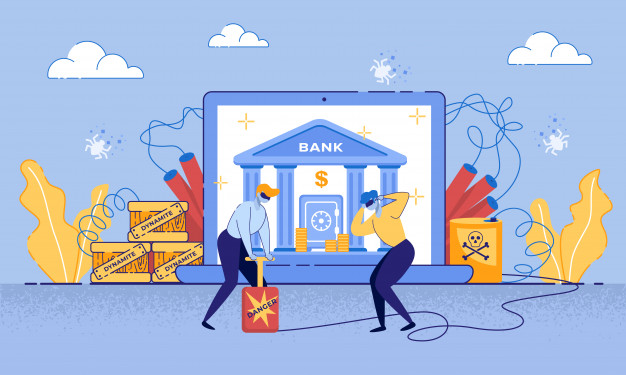 Higher borrowing rates = higher financing costs. In the event an entity fails to deliver on that obligation, they are essentially insolvent.
As rates shoot up way above "appropriate" levels, it means that borrowers will get squeezed and be forced into incurring huge financial losses or otherwise declare insolvency.
Who are these borrowers you might ask? Practically every institution in the financial system. That means your hedge funds, marginal lenders, and potentially big banks (if this issue stems from a problem with US Treasuries).

How did this happen? 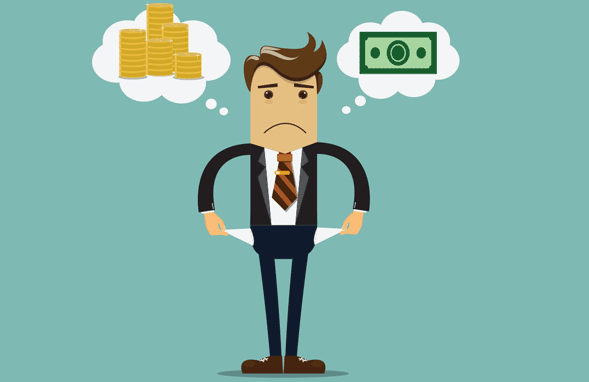 This all boils down to a lack of liquidity in the market.
There aren't enough funds available and borrowers have to settle for the next "best price", which at one point is about four times what the market normally pays - so essentially those affected by the chaos saw their financing costs potentially quadruple in a day.
You can attribute some blame to a confluence of "technical factors" such as corporate tax settlements or an abnormally large Treasuries settlement but when the Fed has to step in three days in a row (today would be the fourth) and still the market is oversubscribed - meaning there is still a need for more liquidity - something is wrong.

What is behind the liquidity shortage?

This is what everyone in the market is trying to figure out right now.
The most popular narrative is that of dwindling bank reserves at the Fed. These are reserves often made available to other financial institutions for overnight borrowing and they are now at their lowest level since 2011 as the Fed winds down its balance sheet.
With Treasury auctions continuing to increase over time (think back to the twin deficit for a second), it is believed that this only exacerbates the issue as primary dealers are forced to snap them up during auctions.
As these dealers try to finance their purchases of Treasuries via repo amid a lack of liquidity (not enough bank reserves), this could be a reason why we're seeing rates implode.
All that said, the alternative argument would be "who in the world would not want to hold Treasuries given the other options out there?". Can we really believe that all of a sudden no financial institution has the appetite (or at least a potential shortage of a few trillion dollars) to hold Treasuries at all?
There is something potentially really rotten in the financial system that probably may not have been fixed since the 2008-09 crisis and that is the most worrying part. 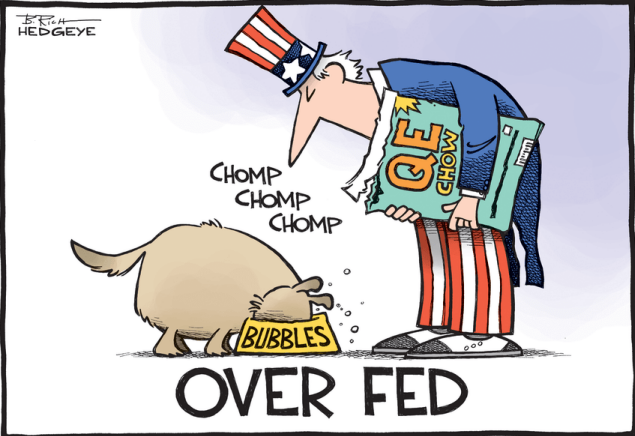 You can either believe that is going to lead to the next big financial crisis or that policymakers will intervene and paper over the cracks again.
In this case, my money is on the Fed allowing its balance sheet to grow again i.e. reintroducing QE to bolster bank reserves.
If insufficient reserves is the real problem behind the lack of liquidity here, it means that the Fed will never be able to unwind its reserves back to near zero levels before the global financial crisis - like ever.
And as the number of issuances in Treasuries continue to grow over time, it just pushes the threshold of reserves needed to be kept at a higher level. In layman terms, it just means QE is here to stay and perhaps "permanently".

How does this affect the currencies market?

The more immediate risk of the issue not being addressed (temporary repo auctions aren't a permanent solution) is the potential spill over to financial institutions going bust and that affects risk sentiment in a negative way.
As such, the likes of the yen and franc (gold would be my pick though) to strengthen while the dollar may see pressure from potential uncertainty surrounding the financial system.
Otherwise, the reintroduction of QE (it could come at any time now) may weaken the dollar's outlook moving forward as traders question the severity of the situation and how long QE may be needed this time around.

The invaluable information sources that has helped me build up the thought process above:
- Reuters
- Guy LeBas
- Alhambra Investments
- MUGATU
- Yahoo/Bloomberg
- Monday Morning Macro
Please give their respective threads a read so you can get gain a better understanding of the issue for yourself too! ;)