China's Liu He: It would be unwise to immediately start negotiations on a Phase Two deal

SCMP reports, citing the Caixin magazine on comments by Chinese vice premier, Liu He, after the signing ceremony yesterday 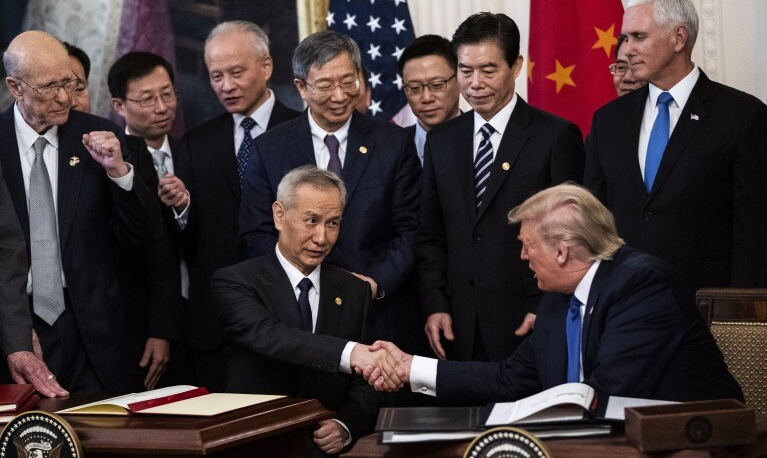 It is a bit of a more polite rejection to the Trump administration's claims that Phase Two talks would start soon or have already begun. China's vice premier, Liu He, says that:

"We might get nothing if we rush to a second job before the first one is properly done. I don't think it is a wise choice to impatiently launch new stages of talks."

Adding that if the two countries rush into Phase Two talks, it would be acting like "a bear losing itself in a corn field" - referencing to a Chinese proverb.
So, we have a basically "nothing" trade deal on the table to symbolise a temporary trade truce between both countries - one which could blow up any time - and with nothing that optimistic to look forward to in the near-term. Good stuff.
ForexLive
Yet, risk trades as a whole remains undeterred - for now at least.