Manchin says he was misquoted

We're getting a fresh version of comments from Joe Manchin, who roiled markets earlier in comments to the Washington Post.
The way the Post characterized it was this:

President-elect Joe Biden's plans for a major new economic relief package boosting stimulus payments to $2,000 ran into possibly fatal opposition from his own party Friday as Sen. Joe Manchin III (D-W.Va.) said he would "absolutely not" support a new round of checks.
"Absolutely not. No. Getting people vaccinated, that's job No. 1," Manchin said in an interview with The Washington Post when asked if he would support a new round of checks.

Manchin said that quote is incorrect.
He now says he was asked if the checks were his first priority and that his response was "Absolutely not. No. Getting people vaccinated, that's job No. 1." 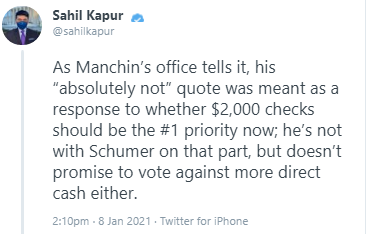 It's a big implication because he's also saying he will evaluate stimulus and extra checks "when the time comes." 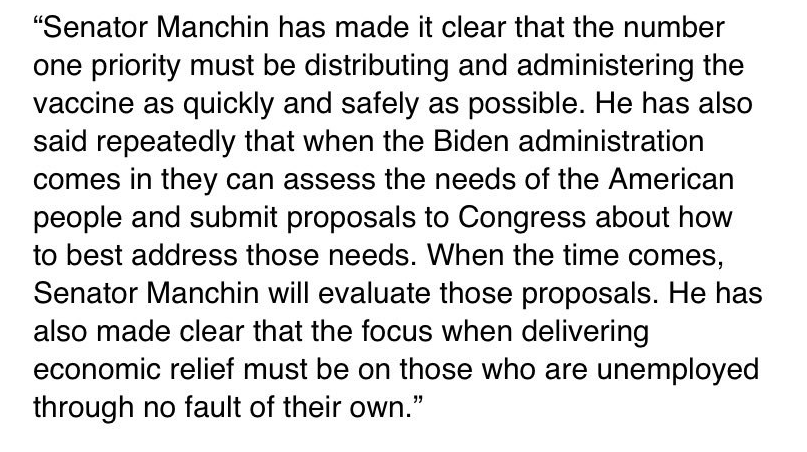