German government spokesman Seibert out with a statement 29 May

Merkel was out on the election campaign trail over the week-end and was keeping the party faithful happy. Adam posted this.

The BBC reported that the relationship between Berlin and new French President Macron had to be a priority, Mrs Merkel said, adding:

"We Europeans have to take our destiny into our own hands.Europe can no longer completely depend on the US and UK following the election of President Trump and Brexit"

More from the Beeb here.

German elections take place on 24 September and Merkel is developing a healthy lead at this stage after initial uncertainty. 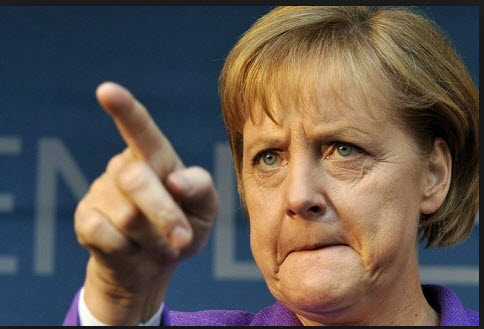