Michael Bloomberg is preparing to enter the Democratic presidential race

Billionaire could challenge for the Presidency 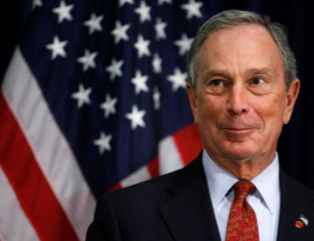 The New York Times reports that billionaire Michael Bloomberg is preparing to enter the Democratic primary.
The founder of Bloomberg Finance LP expected to file paperwork this week designating himself as a candidate in at least one state with an early filing deadline, people briefed on Bloomberg's plans told the newspaper.
Although he is filing for an early primary in Alabama, an adivsor told the NYT that he's still unsure about entering the race.

Howard Wolfson, a close adviser to Mr. Bloomberg, saidonThursday that the former mayor viewed President Trump as an "unprecedented threat to our nation," and noted Mr. Bloomberg's heavy spending in the 2018 midterm elections and this week's off-year races in Virginia. Mr. Bloomberg, he said, has grown uneasy about the existing trajectory of the Democratic primary.