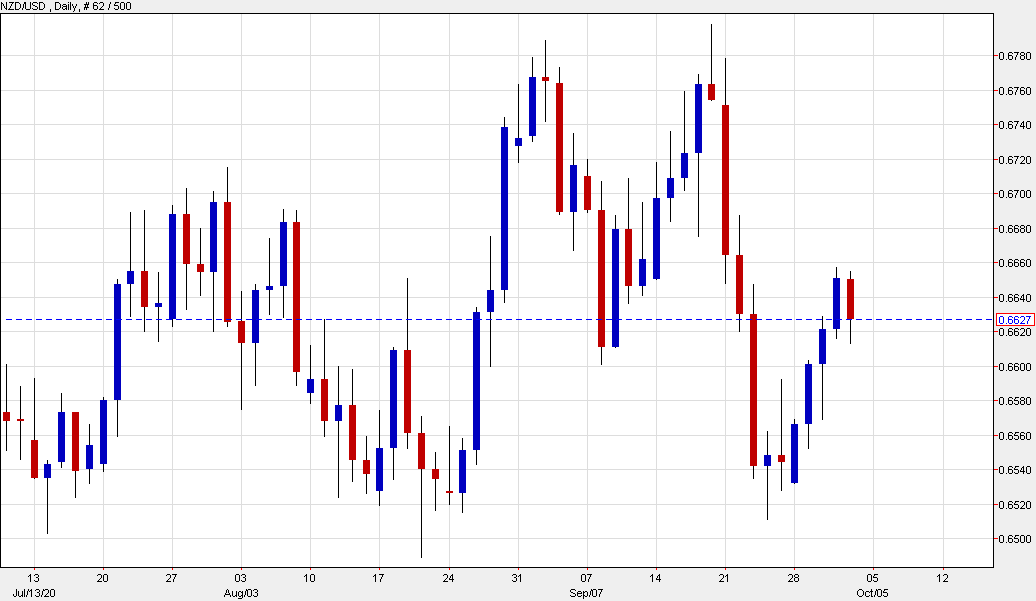 MUFG recommends selling NZD/USD in the week ahead with a target of 0.6300 and a stop at 0.6710. It's a continuation from last week.
"We put this trade on last week in the premise that risk appetite is fragile and that a broad correction in risk would see NZD under-perform. The RBNZ we believe remains more likely to implement further easing than most other G10 central banks and is already due to launch a Funding for Lending program that will be up and ready to run by the end of the year... NZD held up better in Sept relative to other G10 currencies and was the second-best performing G10 currency with only JPY ahead. We are not convinced that out-performance can persist if risk conditions continue to turn less favourable," the write.
They also recommend buying USD/CZK with a target of 24.00 and a stop at 22.55.
For bank trade ideas, check out eFX Plus