Navarro: "There is no agreement to rollback any existing tariffs as part of the Phase One deal" 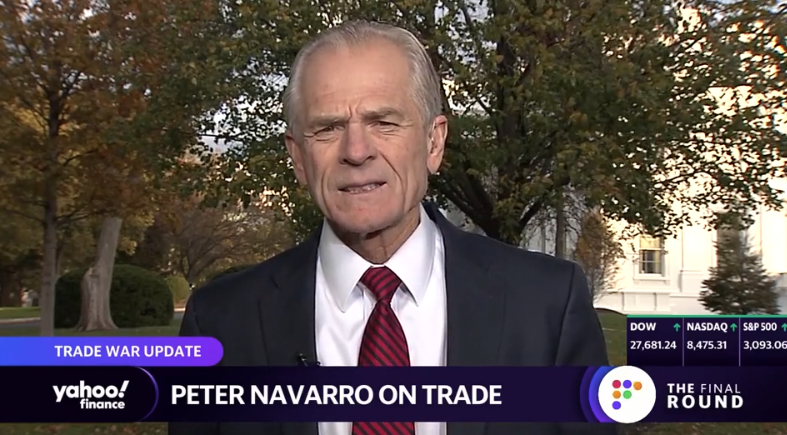 "There's no rollback at all, there are no conflicting signals," Navarro told Yahoo.
The White House hawk said China asserted facts that weren't in the agreement.
"There is no agreement to rollback any existing tariffs as part of the Phase One deal," he said, nothing that it was never on the table when they met and had a handshake deal in October.
Today, Trump spoke with reporters and said the accord with China "has to be the right deal" and that reports on the level of tariffs being lifted was "incorrect."
He also said that talks were "moving along."
There are definitely conflicting signals out there. Kudlow on Thursday said "if there's a phase one trade deal, there are going to be tariff agreements and concessions."
In any case, the market won't like this on Monday.