No help from the PBOC. The risk tone sours

The strength in the Japanese yen has returned following the PBOC decision to leave the LPR unchanged. There as some speculation they could cut and that may have led to a pause in yen buying.
Now that the PBOC is out of the way, risk aversion has kicked off once again, hitting the commodity currencies and pound particularly hard.
USD/CAD is on an absolute sizzler over the past 24 hours: 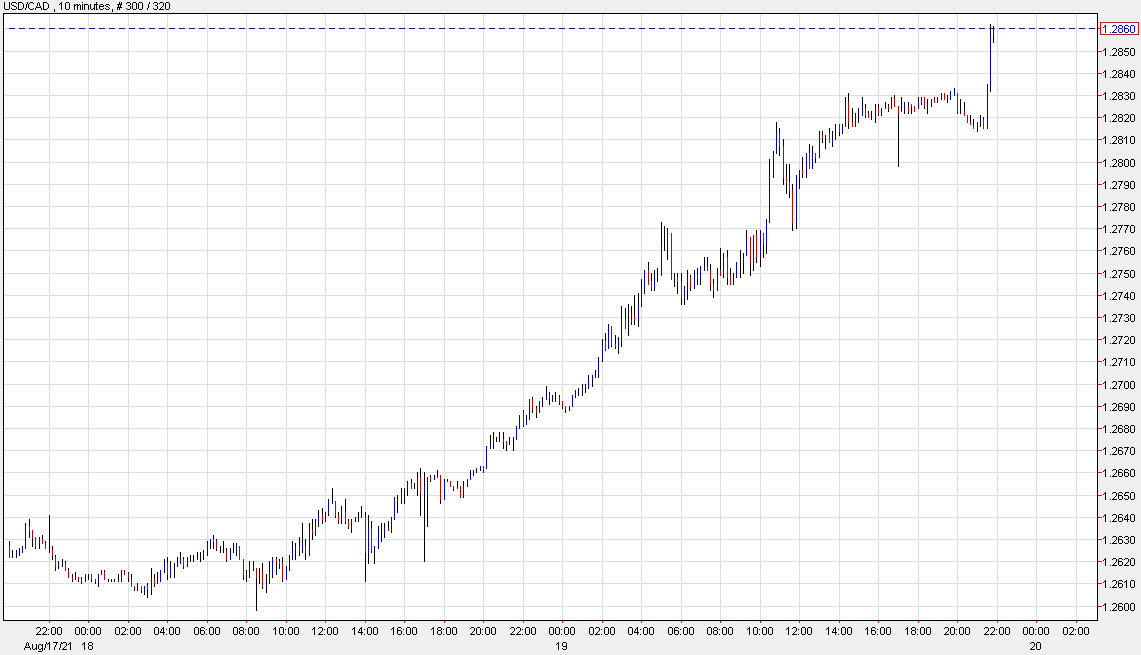