Non-farm payrolls preview: Half the expected jobs gain in July are because of a quirk in seasonal adjustments

Teaching jobs are a big quirk 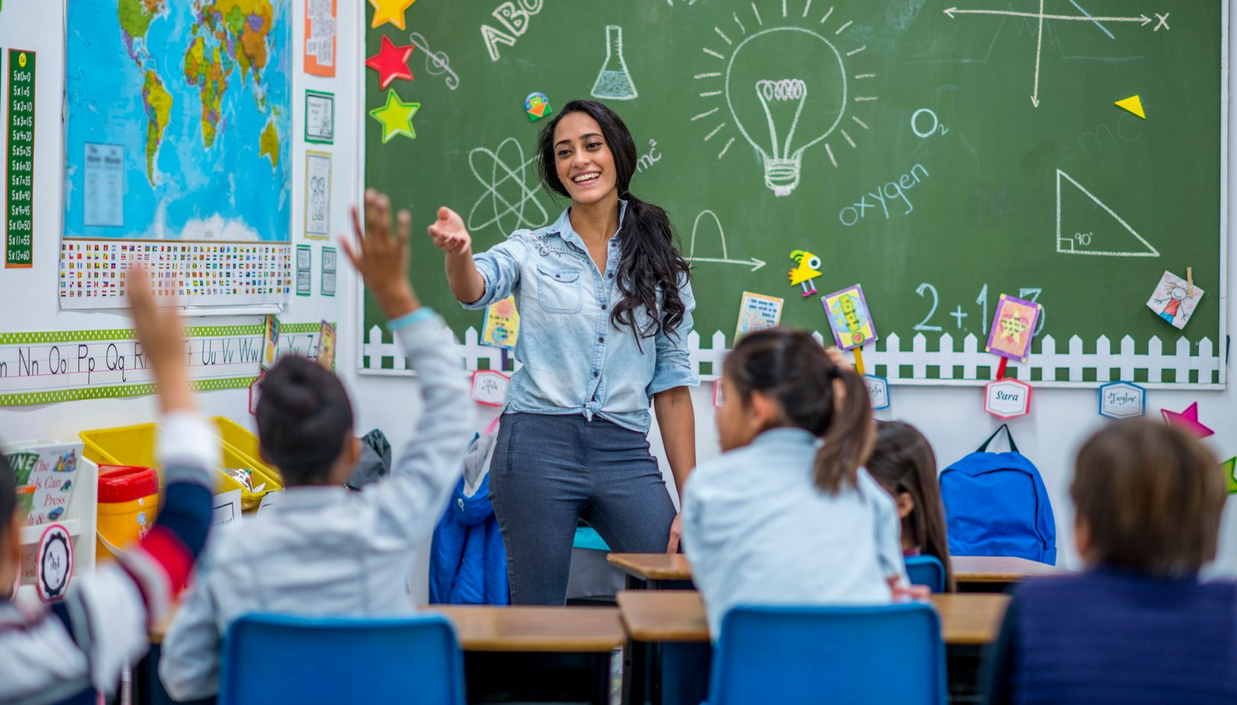 The consensus for Friday's non-farm payrolls report is for 1.5 million jobs gains in the month but that doesn't tell the real story.
The ADP report this week got some attention because it showed private hiring at just 167,000 jobs. Normally, you would expect that to take a big bite out of expectations, but it hasn't.
Why? A big reason is seasonal adjustments in the data.
Normally, one of the easiest and clearest seasonal adjustments is teachers. They're laid off at the same time every year and hired at the same time every year. So you discount the lay offs in June/July and the hires in Aug/Sept. It all washes out.
This year though, teachers were laid off early -- in April, May and June.
In the BLS model, most of those layoffs are supposed to happen in July. So what happens is they add nearly 1 million jobs to the total before they even start counting. The thing is, those layoffs haven't happened this year.
The effect was highlighted by Calculated Risk. 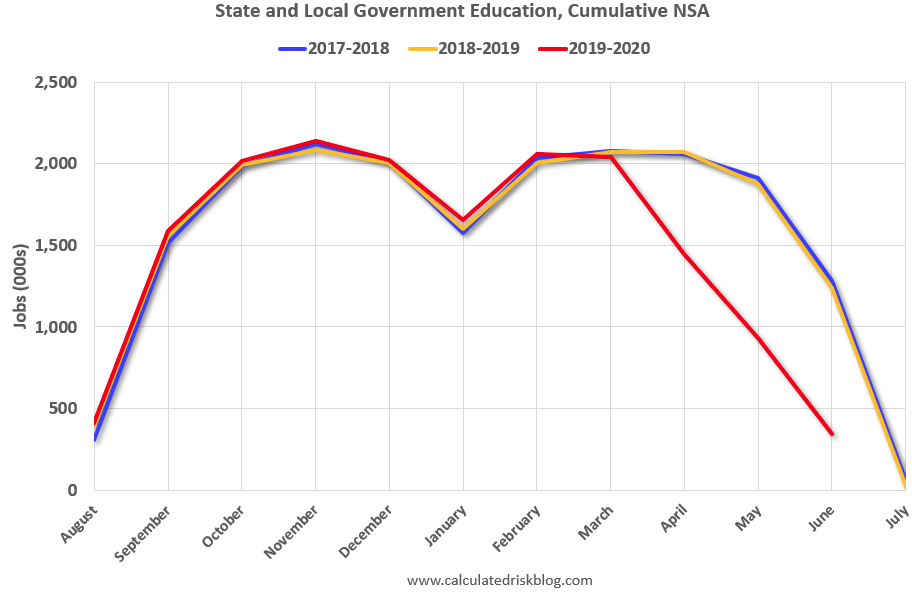 Because of that effect, job losses were overestimated in April/May and now will be added back in July. They estimate the effect at +850K jobs.
Still, that number could be fluid and the assumptions and adjustments the BLS makes will be critical in how it turns out. The risk is that it shows a skewed picture.
Given that, the better spot to watch may be the unemployment rate, which is taken from the household survey. This has its own problems because many people laid off because of COVID-19 have been misclassified -- a problem the BLS has been struggling to correct. The consensus there is an improvement to 11.2% from 12.3%. Private payrolls (consensus +1398K) could also offer a clearer look at the economy excluding teacher effects.
As for trading it, watch out for people pointing to the seasonal adjustment effect after the fact. But note that it should already be priced in.
For bank trade ideas, check out eFX Plus