Build in crude and products wasn't as much as feared 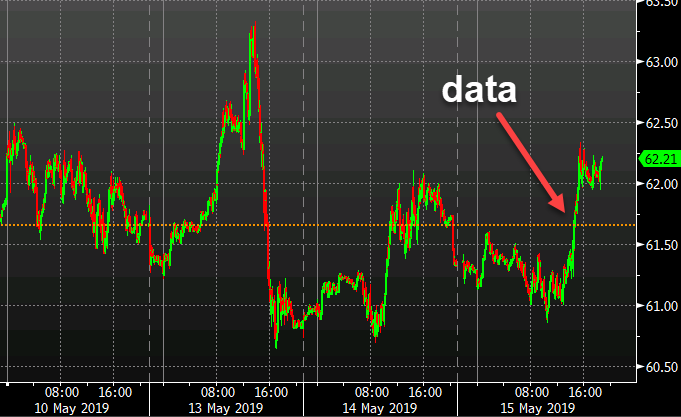 The turnaround in risk appetite and a smaller-than-feared build in weekly US inventory data led to a rebound in crude prices today. WTI finished up 63-cents to $71.87.
The main factor was a series of reports saying Trump will delay a decision on US auto import tariffs by six months. That means he won't be fighting a tariff war on two fronts and cuts a series of risks around trade.
In the aftermath crude has rebounded while US equities have turned a 10-point loss into a 24-point gain.