Oil - Citi says one key takeaway from the Saudi attacks

Citi on the attack on Saudi oil production over the weekend, sy the market has been mispricing oil.

Huh. Right now there are numerous pronouncements being made, gotta say I dunno about the 'persistent mispricing' TBH.
Anyway, ICYMi:
After the enormous gap higher oil prices have subsided a bit. Stull up huge on the session though. 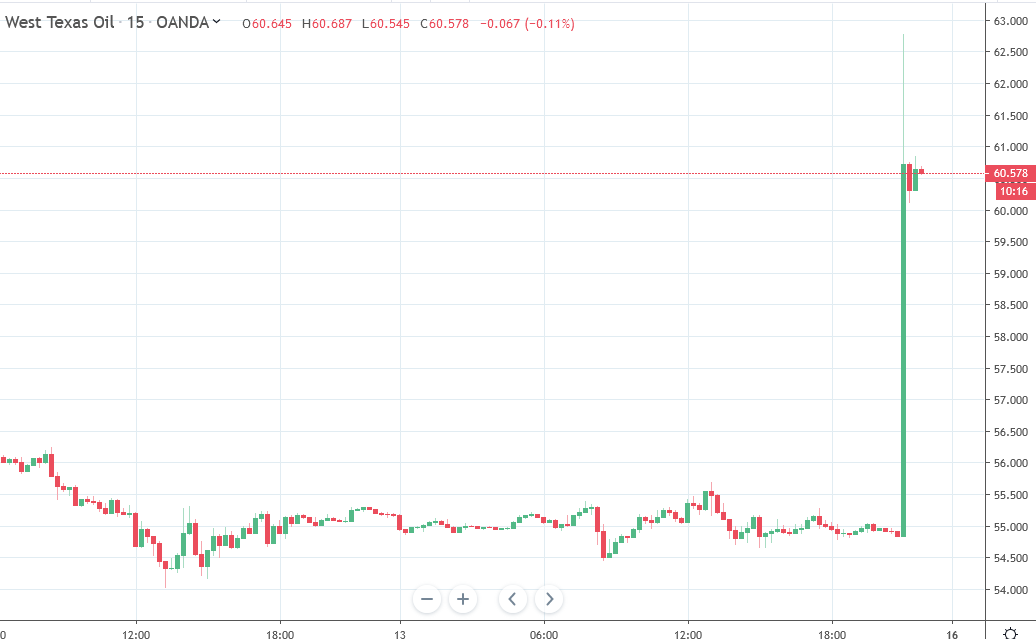 ps. Never mind that huge green candle, it should be a gap not a continuous candle. But, you get the idea
ForexLive