Energy is in short supply 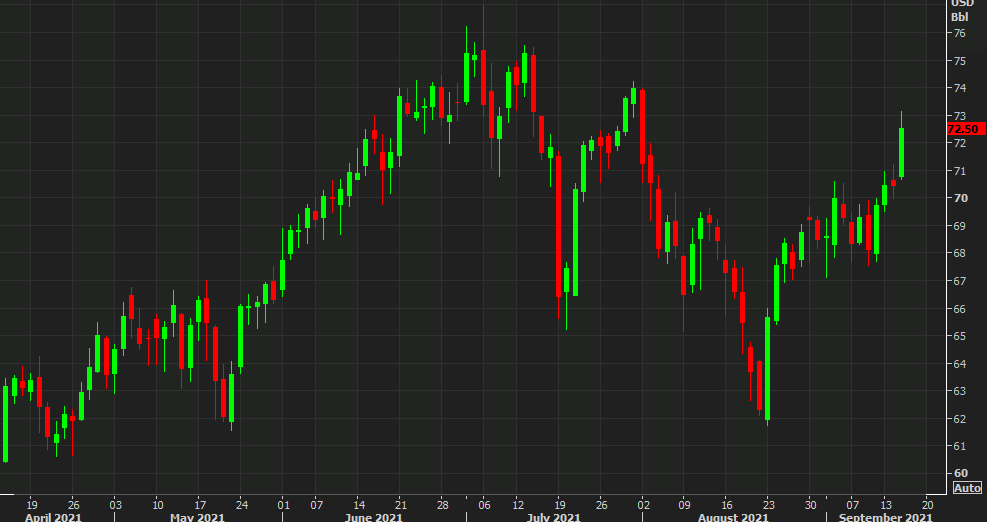 The main reason for today's gains is the threat of a shift to more oil for electricity. Bank of America estimates there could be as much as 1.8 million barrels per day of potential crude demand from that switch, as utilities balk at high natural gas prices.
To illustrate, at $65, TTF European benchmark gas prices are equivalent to nearly $150 oil, so switching is a compelling value proposition.
Other factors boosting oil:
On the flipside, I worry about China and bottlenecks eventually hitting demand, especially after today's poor Chinese retail sales data. Iran could resurface as well.
Technically, the rally today definitively busts through the late-August top into some clear air. The drag in early August was delta and I think it's abundantly clear that it's not going to rock demand as much as feared.
There's a lot to like here.