Mike Pompeo and Donald Trump hinted at an opportunity to move forward with negotiations between the US and Iran in surprise comments today.
The thaw sent WTI slower by $2.01 to $57.58. Earlier in the day it traded has high as $60.06 but was under modest pressure before the comments crossed. 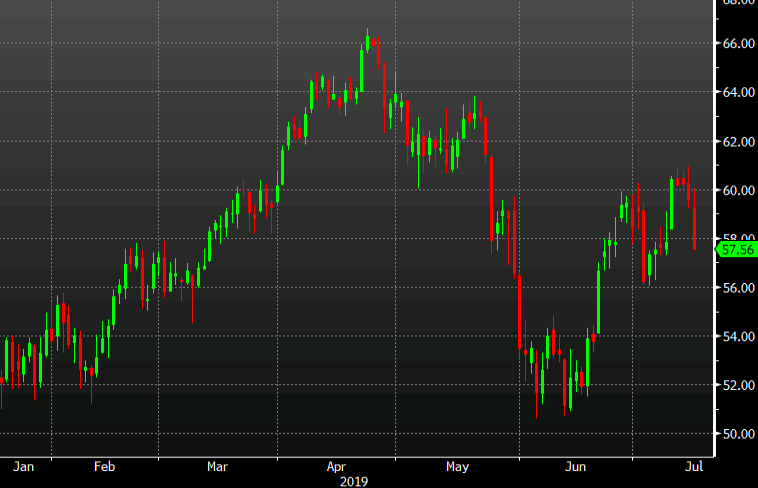 The drop today scuttles last week's push above $60 but so long as it holds above $56, it keeps in place a minor series of higher highs and higher lows that's constructive.
The comments from Pompeo and Trump were somewhat cryptic but there as enough there to signal that the groundwork is in place for progress. Trump said the US isn't seeking regime change and and Pompeo has said Iran has put its missile program on the table.
Decoding that frames a potential deal around Iran dropping its missile program for US sanctions relief. This could just be the US feeling out Iran but it sounds like more than that and Iran is certainly feeling the pain of sanctions.
In FX, the drop in oil prices has boosted USD/CAD to 1.3070 from 1.3025 earlier.