This is the first public release of Chinese reserves 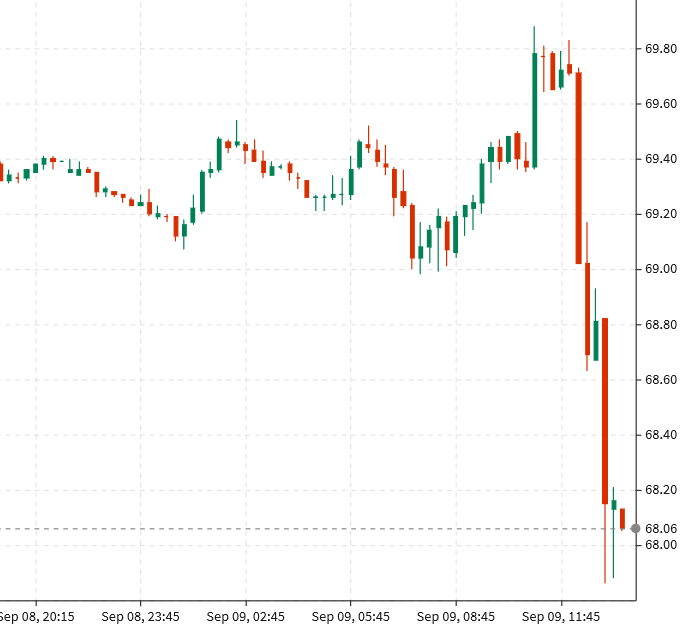 I'm not entirely sure the drop in oil is due to China releasing state reserves because it was a delayed reaction but it's an interesting move.
This is China's first release of strategic reserves. They built them up last year when oil prices were very low. The announcement said the release would be in phases and "better stabilise domestic market supply and demand and effectively guarantee the country's energy security."
No volumes were announced and it's unclear how much China even has in strategic reserves, though a recent estimate pegged it at 220 million barrels.
There has been a lively discussion in energy markets on whether much of the oil stored in China is strategic or operational.
Counter-intuitively, I see this as bullish for oil because there's been an overhang of Chinese inventories weighing on the market. Once that's swallowed up, then that threat is removed.
WTI was last down $1.01 to $68.28.