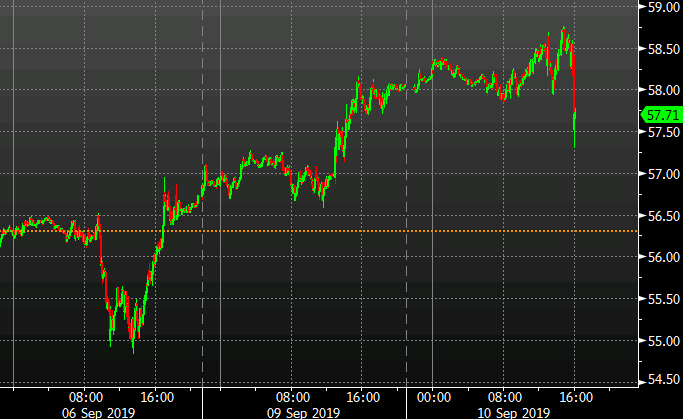 WTI crude oil fell to $57.30 from $58.50 in a quick move after Trump announced he was firing national security advisor John Bolton. It's since bounced back 40 cents.
Bolton has long favored military solutions everywhere, but particularly in the Middle East. The news diminishes the chances of bombs falling on Iran.
Minutes after that news, the EIA lowered its forecasts for world oil demand this year and next. They saw a rise of an 890,000 barrel per day rise compared to 1 million barrels previously for this year. For 2020, they trimmed the forecast by 30,000 bpd to a rise of 1.4mbpd.
Offsetting that somewhat is a lower forecast for US production next year at 13.23 mbpd compared to 13.26 mbpd.