OPEC vs US shale: impact on the oil prices and USD

The OPEC meeting is coming up

Another meeting of the Organization of Petroleum Exporting Countries will take place on December 5-6.

Although there was talk about potential production cuts some time ago, the most recent reports say that the cartel is most likely to keep the current level of oil output at least until the middle of 2020.

One of the contributing factors to the steady production plan from the side of OPEC is the competition with the other oil-producing countries, primarily the US. Let us have a look at how the situation changed in recent months with respect to the US-OPEC oil rivalry.

The world's oil output is nearly 80 million barrels per day, out of which 30% is the OPEC part. The US provides around 13 million barrels, which is 16%. That makes it the primary competitor for the OPEC, especially in the context of the political antagonism between the majority of OPEC country members and the US.

Until recently, American oil production has been increasing at an aggressive pace. The historical chart below shows how oil production in the US rose from 5 million barrels per day in 2005 to the current roughly 13 million. That is, after decades of a gradual decrease in the total output.

The main driver for that was the production boom of shale oil, which takes around 60% of the total American oil output. Therefore, it has been creating a lot of pressure on the OPEC

However, recently the shale oil production expansion has finally reached its peak and will unlikely rise substantially in the short-term.

Consequences for the oil prices and USD

That marks an important point for the OPEC as its future now becomes more secure with a weaker threat from the US shale side. Without this development at the end of 2019, it would probably be quite difficult for the organization's Secretary-General Mohammad Barkindo to stay positive looking at 2020.

Given the recent developments, however, he was able to outline that even if the market showed weakness at the beginning of the coming year, it would be not for long. In general, Barkindo sees "brighter spots for the 2020 outlook".

That provides enough basis for us to expect a positive summary of the OPEC meeting on December 5 and a relatively positive outlook for the oil prices. The EIA predicts the 2020 average price for Brent crude oil to be 60 USD for a barrel, while the 2019 average has been 64 USD.

OPEC will share its own view on the price forecasts. 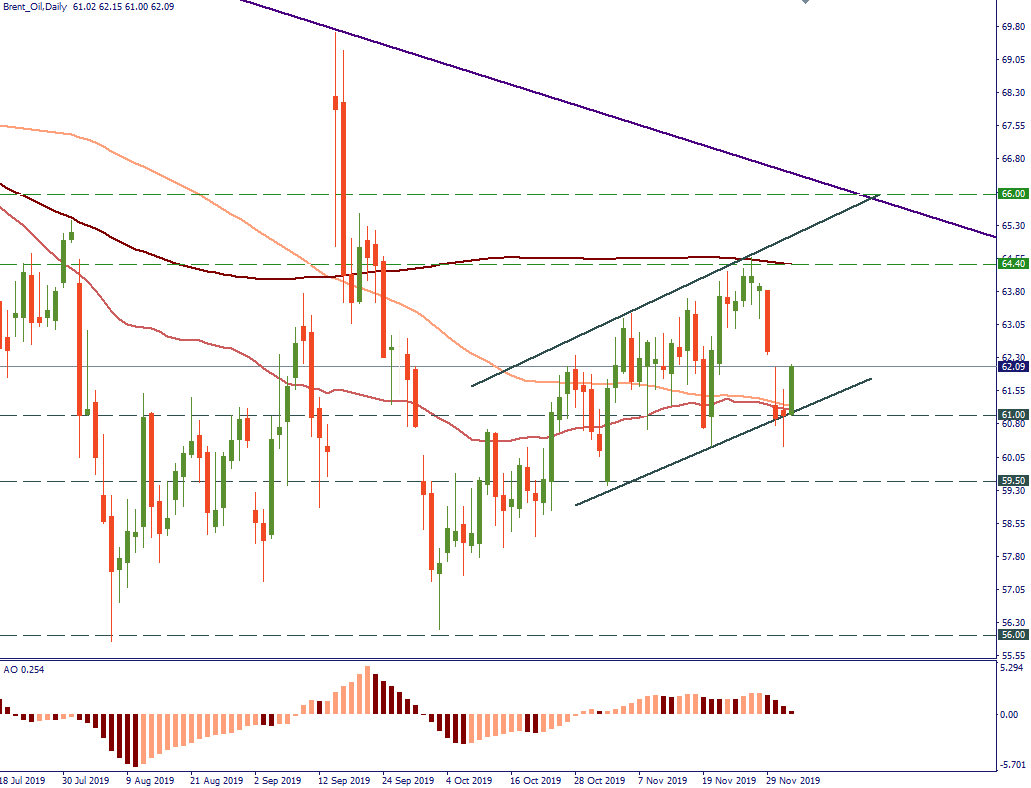