Portugal’s Expresso is reporting that the junior partner in the government — CDS-PP — could potentially quit.

The resignation of Paul doors bursting with Pedro Passos Coelho and the insistence of Prime Minister in the austerity policies that have been followed will lead the CDS to leave the government, found the Express. For the centrists, Passos Coelho has shown, in the process of replacing Vitor Gaspar, his “incompetence and political incapacity”, in the words of senior official of the CDS.The consummation of divorce now depends on the communication to the country. If the Prime Minister take the initiative to leave the solution of the crisis lies in the hands of the President.For the CDS, which is determined with steps Rabbit, there are no conditions to continue the coalition.In October last Portas came to consider leaving the government and party leadership while maintaining the CDS in the coalition but now the dismissal of Doors is the harbinger of failure of the coalition as incompatible with the Prime Minister.

Without the CDS-PP (People’s Party) the government will not have enough seats in the Assembly of the Republic to form a majority. 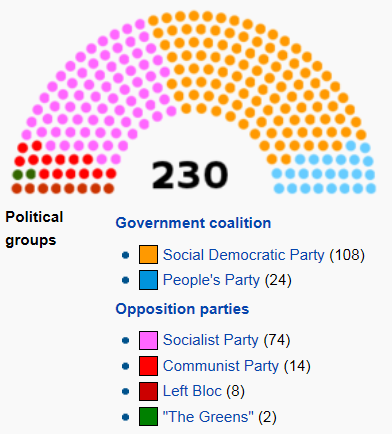 PM Coelho will address the nation at 1900 GMT.