The BBC reporting amongst others.

Yes folks, as if one referendum wasn't enough we now have the prospect of another one to throw further uncertainty into the mix.

She has today told the SNP's Glasgow conference that an Independence Referendum Bill would be published next week and that marks the first step to holding a second vote.

The first referendum, which took place on 18 September, 2014, resulted in 55% of voters saying "no" to Scottish independence but the Brexit vote outcome showed a clear Remain preference for those north of the border with a 62/38 split.

"I am determined that Scotland will have the ability to reconsider the question of independence and to do so before the UK leaves the EU - if that is necessary to protect our country's interests.

"So, I can confirm today that the Independence Referendum Bill will be published for consultation next week."

No great surprise here really given that on 24 June, the day after the UK voted to leave the EU,  Sturgeon said a second independence referendum was "highly likely"

I would expect this to help continue to undermine the pound in the weeks/months ahead as the full implications are digested/played out.

What shall we call it? Scoxit?! 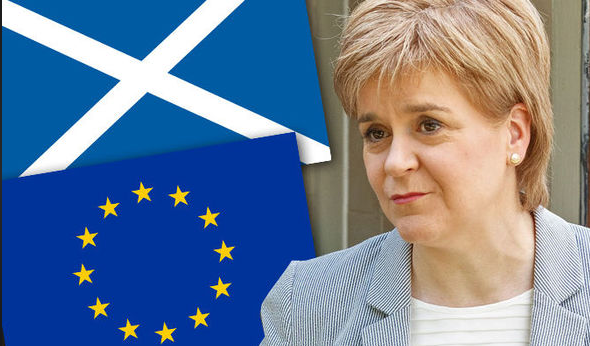 Scotland's Sturgeon getting the gloves off again