Pres. Trump is sensitive to the stock markets

In another indication on how Pres. Trump is tied to the stock markets, it is being reported that he held a call with three bank CEO's on Wednesday while the market was tumbling, JP Morgan's Jamie Dimon, Citigroups Michael Corbat, and Bank of America's Brian T. Moynihan. 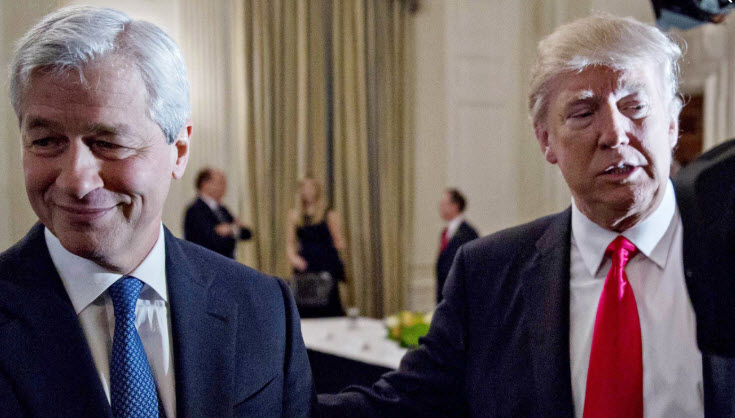 The meeting took about 20 minutes and came after a regulatory meeting with the bankers and Treasury Secretary Mnuchin.
On the trade war, the CEOs told the President it is rattling the business community. It is impacting business confidence and capital expenditures. The President was somewhat respectful of those arguments but that he liked tariffs
On the global front the bankers and the president discussed Hong Kong, Pakistan, Mexico, India, and Brexit and other non-US forces that are impacting the economy.
On the Federal Reserve, the bankers told the president that a  25 basis point cut by the Federal Reserve is not going to affect capital flows in a large way. President Trump reiterated he believed the Fed should not have raised rates last December.
Interestingly, Pres. Trump has refrained from his criticism of Fed chair Jerome Powell both yesterday and today. I wonder if his comment with the top bankers influenced his demeanor toward the Fed chair (or at least made him realize he is on the home team and criticizing does not do a heck of a lot from what is traditionally an independent body. It may even make them less inclined to do as the President wishes).
The Dow fell 800 points on Wednesday and fell to a lower low yesterday before rebounding. The Dow is up 278 points or 1.09% currently at 25857. The S&P index is up 39 points or 1.3% 2886.65. The NASDAQ is leading the way at up 125 points or 1.62% at 7892.
ForexLive