Pres. Trump proposes moving up debates and/or adding a 4th

Looks to have a debate scheduled for early September ahead of mail in votes being received.

Rudy Giuliani who is taking up the position of presidential debate coordinator for President Trump, has requested that the 3 presidential debates between Pres. Trump and Joe Biden be revised to take into consideration the sending of absentee ballots ahead of the debates.
The 1st debate is scheduled for September 29. The 2nd debate is scheduled for October 15 and the there debate is scheduled for October 22.
Giuliani proposes that  4th debate be added to early September in order to correspond with the 1st ballots that will be sent out in North Carolina on September 4.  If that is not agreed (which I doubt Biden would agree), he proposes the final debate scheduled for October 22, be moved to the 1st week in September.
Giuliani says:
"...the current approaches and outdated dinosaur and not reflective of voting realities in 2020".
Finally, Giuliani gives a list of potential moderators for the debates including Joe Kernan and Rick Santilli from CNBC.
Below is the letter sent to the commission of presidential debates: 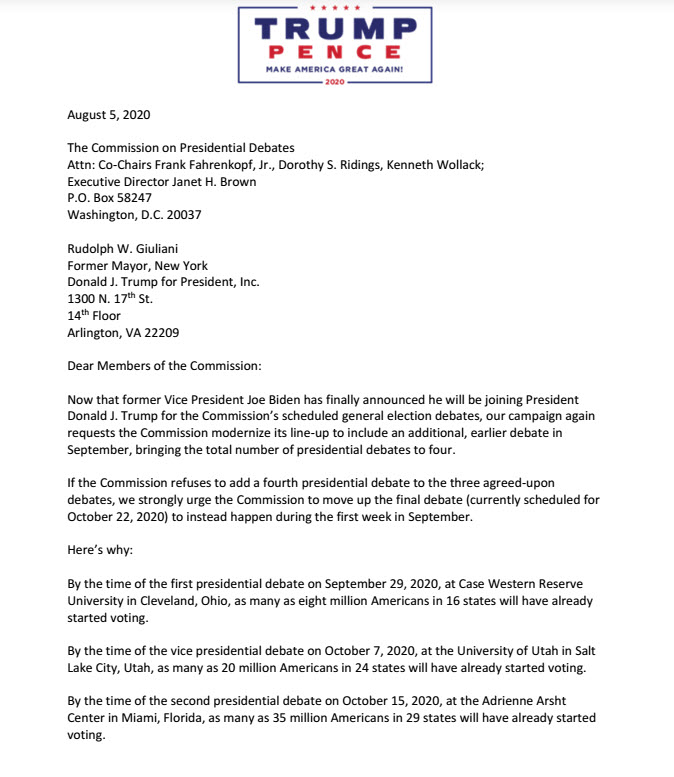 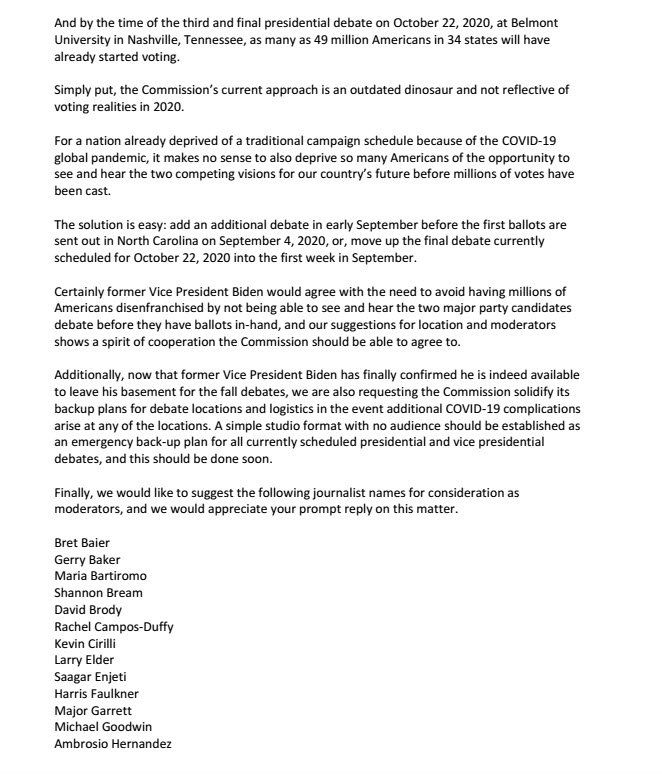 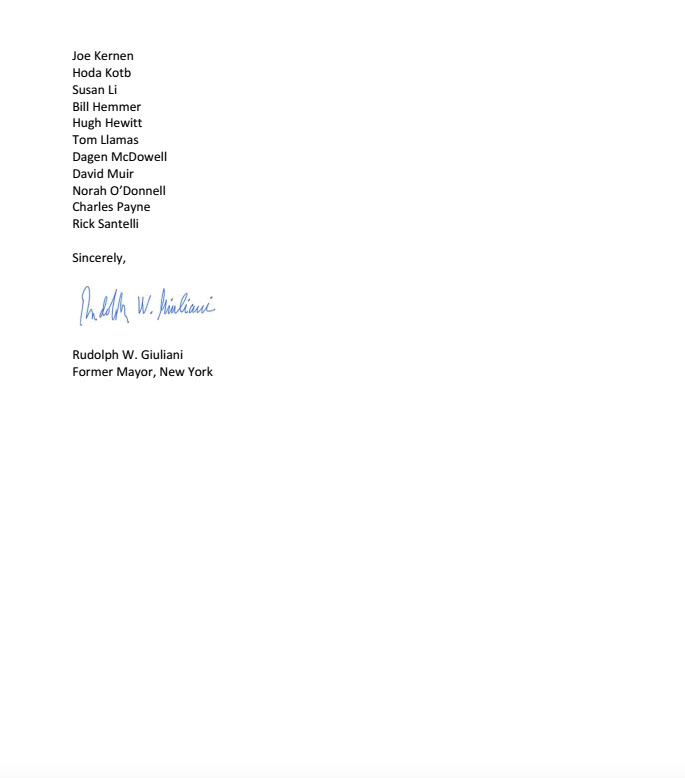