Quick snapshot of the major currencies bloc: GBP leads on the day, JPY lags behind

Dollar is mixed against the major pairs, while the Chinese yuan is higher after a stronger PBOC fixing

The British pound continues to find a way to jump higher, though not by much. I pointed out here yesterday that buyers were still in control of cable, and rightfully so as it stays above the 100-hour MA and forms an upward trendline over the last two trading days: 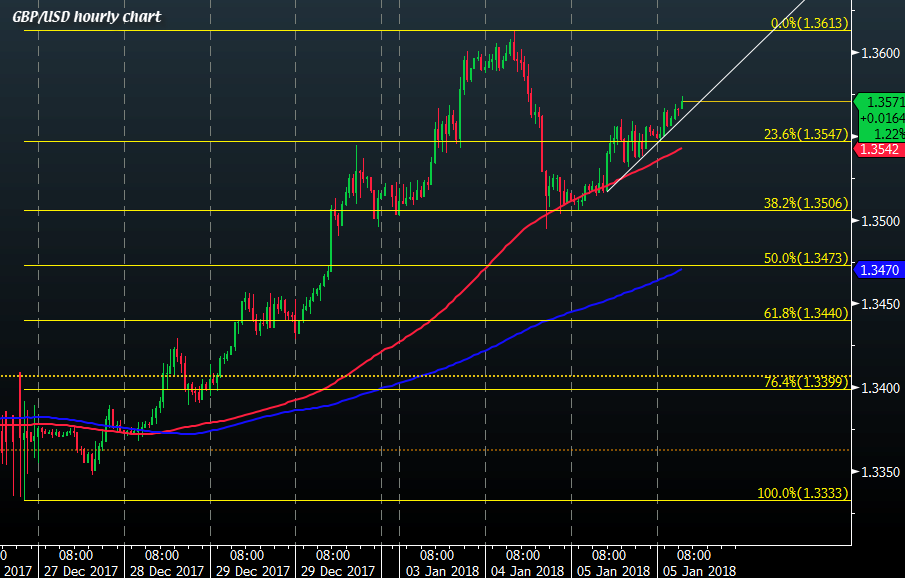 It's been a quiet trading day with the only real notable mover on news being the Australian dollar. It fell after disappointing trade data for November 2017 (expected surplus turned into a deficit). This will feed into the GDP numbers for Q4 2017.
Meanwhile, the CNY benefited from a stronger PBOC fixing earlier this morning - as traders let gains run unlike two days ago where we saw the stronger fix got sold after.
Nothing else is really happening as EUR remains sidelined after closing in on 2017 highs agains the USD in overnight trading.
Let's see what the European session brings. Previous sessions we saw the dollar got sold off into the session and stayed that way - but today we have US NFP report due, so that may just keep things on a lid for now.