Remember, remember the 15th of December.. 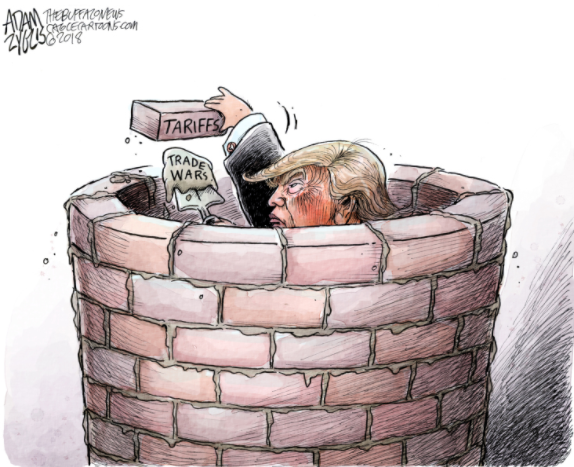 ForexLive
It's not something that is on the economic calendar but it is something that every trader and investor needs to know and be familiar with this week.
Come 15 December, the US will implement tariffs on $156 billion of Chinese consumer goods - that is unless Trump decides to create an exception as both sides are still in the midst of negotiating a "Phase One" trade deal.

What is the market saying now?

As things stand, the market is pretty much wholly expecting Trump to scrap the planned tariffs at the end of this week. Both sides have maintained a somewhat cordial relationship after October talks without explicitly dissing the other on trade matters.
Sure, there are some squabbles over the HK and Xinjiang bills, but so far both sides have isolated those issues from trade - even in terms of retaliation.
That suggests that there is still room for more positive developments during the course of this week and that Trump may not go ahead with the planned tariffs.

The ironic part about renewed optimism about trade progress is that improvement in recent economic data may not actually help to push both sides towards a deal - but instead drive them further apart in an effort to gain more leverage.
Recent Chinese data have shown some improvement and the US jobs report on Friday was hot enough that they could hint at the possibility of  Xi and Trump opting to play the waiting game for much longer to see who cracks first.

The market may still act surprised on a more positive outcome

If there is a formal announcement to suspend or delay the tariffs, I would expect a more positive risk reaction even though that is largely accounted for at the moment.
This is a market that would just about buy anything and with more green shoots observed in global economic data recently, I reckon that is reason enough for traders and investors to spark a Santa Claus rally.
On the flip side, if Trump decides to go through with tariffs, the fear will be that it may cause China to leave the negotiating table. As such, the downside risk at this point is still rather profound - even if any imminent trade deal is more symbolic in nature.