We all live. We all die.
When a love one dies, the day of their death becomes a day to remember.   Over time, the hope is those wounds heal. The hurt - the miss - is still there, don't get me wrong, but the sadness is replaced by the vivid memories of the good.  Maybe there is a celebration with stories and smiles. Maybe, life overwhelms memories. We are all different in how the human spirit recovers from a bottom.
On 9-11 it seems different.
For those who lost a wife or husband, a daughter or son, a mother or father, a sister or brother, an aunt or uncle, a niece or nephew, a cousin, or a friend, the heal seems to be harder to overcome. It is like a scab that is picked again, and it bleeds, and it hurts.
I remember three people.  They were all named John.
I honor them today with my memories of each. May they all rest in peace, and may their families and friends remember the good times, and know that their loved ones, left their soul, and smiles and laughs in each and every one of us. 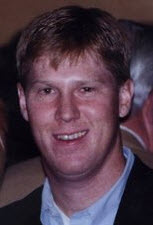 John Murray was the younger brother to a broker of mine, Mike Murray.  I met John through his brother. It was usually on a golf course or at a bar.  John was younger than I (about 9 years), and single at the time I knew him (he was married when he died with a young daughter). As a result, there was often a beer in his hand.
When we are out having a drink, it was often loud in the bar, and if you don't know someone really well as a broker, it is your job to ask a lot of questions.  Moreover, if you are a good broker, you have your stories to tell.  John was a good broker. So he had lots of questions and lots of stories.
Toward the end of the nights out with John, he would often start repeating the questions or stories, and in the process, got louder and louder too.  I - and his brother - were just a beer or two behind him, but a little more "aware" (or at least we thought).
As a result, since John had reddish hair, I started to call him "Goldfish".  Like a goldfish that circles in the goldfish bowl in an endless loop, John got on his endless loop of questions and stories.  It was hard to stop. We had lots of laughs together.

That is my fondest memory of John Murray.  He was a fun, happy man.   You can read more about Goldfish here. 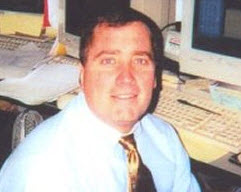 John Farrell was a year ahead of me in high school. We played sports together - football, basketball, baseball.  He married his high school sweetheart Maryanne (they were king and queen of the prom).
Maryanne's brother was in my class and a friend. Maryanne's sister was, and still is, my younger sister's best friend.
One of John's sisters was in another sister of mine's class.  His youngest sister dated/went to the prom with my younger brother.
We all grew up together in a small town, with a web that caught us all.   We knew each other and saw each other almost daily.
He was not a big guy in high school, but he was tough on the football field. He could hit a jump shot on the basketball court, but liked to dish the ball.  He could hit a baseball as well and played a decent 2nd base.  He wasn't an all star but he was athletic.  Best of all, he was a teammate on the field and off the field too.  He was that kind of guy.  He did not put himself first in anything he did.
To my teammate, rest in peace.   You can read more about John here. 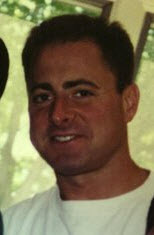 The final John I remember today is John Bocchi.
John was an interest rate derivatives trader, which was what I did when working at Citibank and CSFB.  So our paths crossed on the "Reuters dealing terminal" at work, and also at broker golf events/days.  We played a number of rounds together with our broker friends.
Before moving to Arizona in August 2001, I saw John at a Little League Baseball game (he was at the time a broker at Cantor).   Although he did not live in my town, his son's smaller town team played in our league as they did not have enough players to run their own.
It had been a while since our paths had crossed. Nevertheless, when we saw each other that day (he was a coach, I happened to be umpiring his game), we looked at each other, pointed and blurted out each other's names.  If you met John Bocchi, you remembered John Boccchi. He was just a good, solid guy.
We chatted and I told him I was moving to Arizona - escaping the commuting life (an hour and 20 minutes each way), and the rat race of the city.
He looked at me and said "I am so jealous.  I want to do the same, but my wife is due any day with our 4th son. So it is just not the right time, but one day I hope to follow you".   And by the look in his eyes and the sound of his voice, he meant it...
After the game we shock hands and said goodbye.
You can read about John here
-------------------------------------------------------------
The scab is picked again today, and it is sad, but I hope the memories balance out the hurt for the families and friends, and peace overcomes the sadness.
Later today, as the sun goes down, I will say a quiet prayer, pop the cap on bottle of beer and propose a toast for the good times and good memories in honor of the three Johns.....and all the others who we remember today.
Peace...
ForexLive