Remembering and honoring all veterans this day

Armistice Day is commemorated every year on 11 November to mark the armistice signed between the Allies of World War I and Germany at Compiègne, France at 5:45 am, for the cessation of hostilities on the Western Front of World War I, which took effect at eleven o'clock in the morning-the "eleventh hour of the eleventh day of the eleventh month" of 1918.  In the US the day is called Veterans Day.
In my state of Arizona, in a town called Anthem their is a monument dedicated to honor the service and sacrifice of our country's armed forces.  It consists of five pillars of differing heights with a large hole drilled through each at a precise angle.
This is what it looks like. 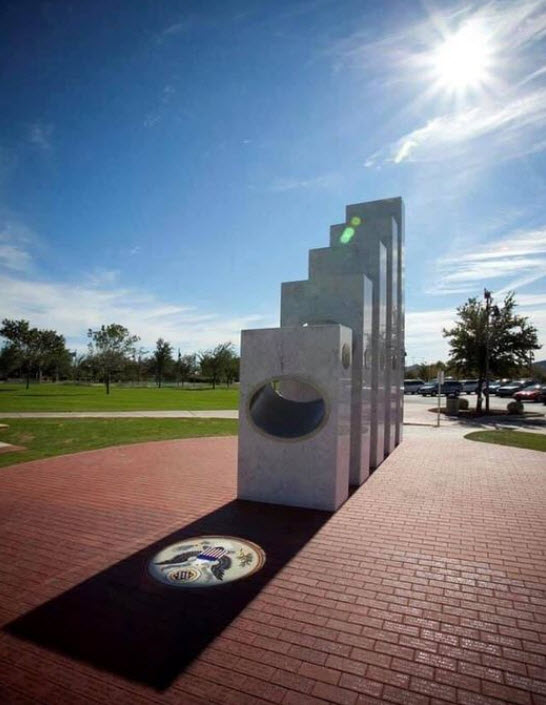 To all who fought and died for freedom, today I/we honor you.  Thank you for your service.