Automotive stocks led a broad rebound in risk assets after multiple reports that Trump won't hit autos with import duties. A decision is due on Friday but Trump will reportedly delay it by up to six months to allow for more negotiations with the EU and Japan.
The S&P 500 is now up 10 points compared to a 10 point decline before the headlines. USD/JPY is back to flat on the day at 109.58 from as low as 109.16.
The decision shows Trump doesn't want a trade war on two fronts but it could also be seen as an acknowledgement that the battle with China could be prolonged.
The EU would have been in the cross-hairs along with Japan and the euro has responded positively, climbing to 1.1225 from 1.1180. However the market isn't exactly frothing with excitement as it's slipped back to 1.1206. 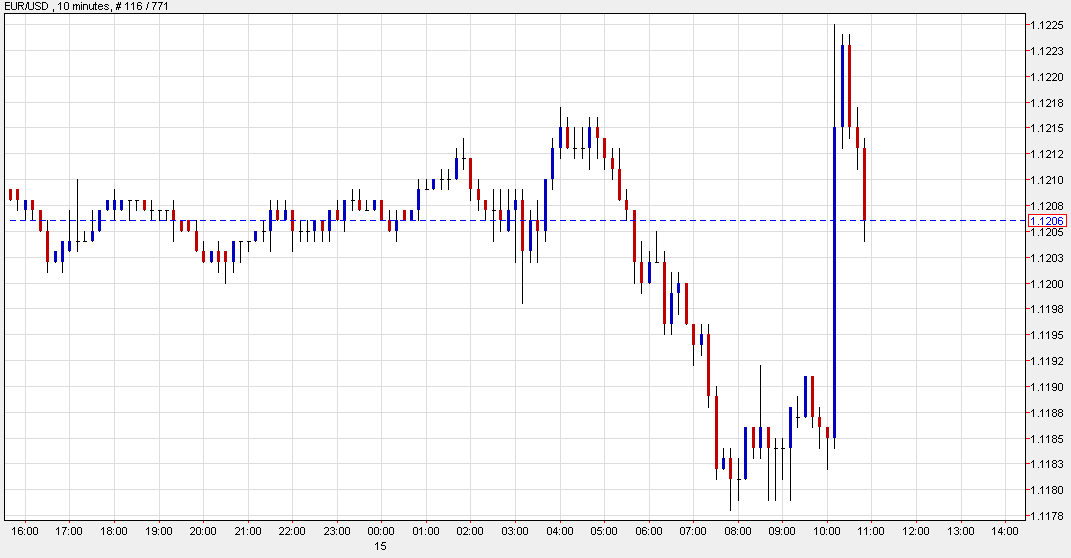