Here's the news as it broke: Trump signs bill in support of Hong Kong protestors

As I noted in that post China has already said it'll retaliate. 'Risk' is getting hit. One of the worries now, of course, is no US-China trade deal.
AUD in paritukar is copping it … and with flows out of risk into 'haven' currency yen is a beneficiary.
AUD/JPY has deteriorated further: 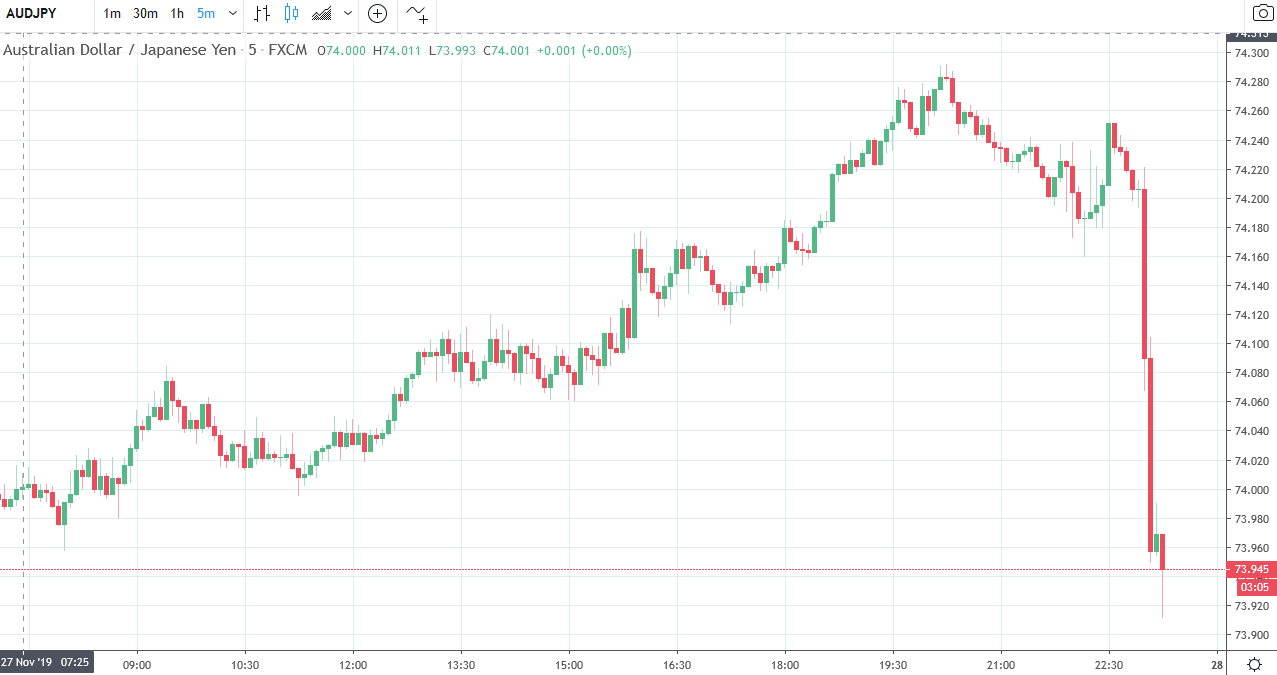 In case you are wondering what the bill is all about, in a nutshell:
ForexLive