Is there a sell-the-fact trade brewing?
Cameron Crise makes a good point.Almost exactly a year ago, the NAFTA deal was getting done and the market piled into USD/MXN shorts. 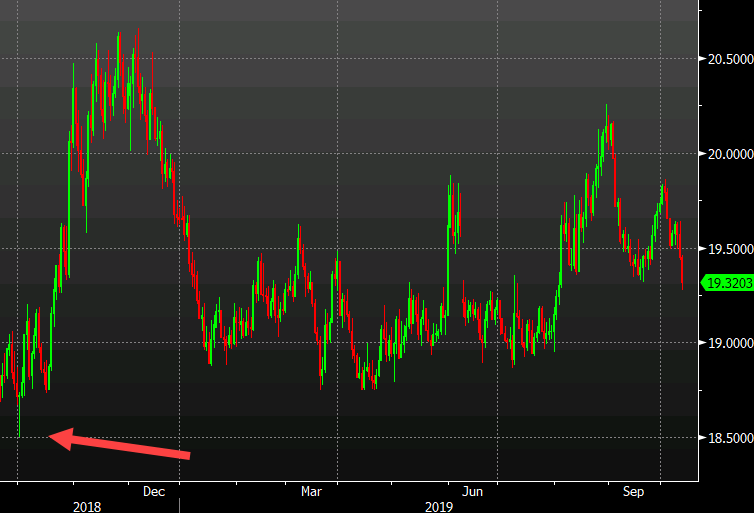 What happened?
That marked a low for the pair that still hasn't been hit.
It's a cautionary tale about 'selling the fact' on trade talks.
The S&P 500 is up 39 points to 2977 from a high of 2993 and the decline has come since Liu He left the meeting and London went home. That could just be position squaring but there is still plenty to worry about.
Another story that's hurting is a report saying China is considering publishing a list of 'unreliable entities' but that depends on the result of trade talks. That's a serious threat and a hint that feelings are quite as warm and fuzzy as Trump is indicating.
ForexLive