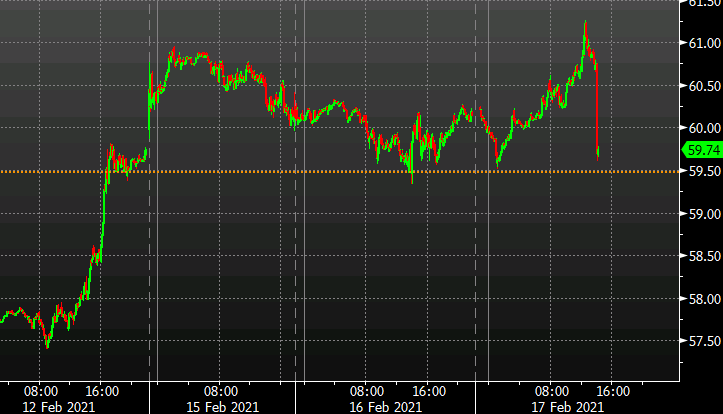 Saudi Arabia is set to reverse its recent voluntary cuts, according to a WSJ report that's weighing on oil.
The report says they will hike production "in the coming months". The voluntary 1 mbpd cuts were only announced for Feb-March so this isn't a big surprise but WTI is back to $59.90 from $60.70 before the report.
The same report says that OPEC is likely to maintain production quotas at the March 4 meeting, citing OPEC delegates.