Scotland referendum: 5 things markets can learn from the Quebec referendum

The pound has been in freefall since the gap narrowed in Scottish referendum polls. For traders in Quebec with a long memory, the referendum has a familiar ring to it.

The final polls for Quebec independence (Yes) showed a 4-6 point lead for the separatists. They ultimately lost 49.42% to 50.58% as sober second thoughts hit about the reality of forming a new country.

Quebec polling ahead of the Oct 30 referendum

Markets were in full panic mode ahead of the results. Quebec represented about 25% of Canada’s population while Scotland is about 9% so the stakes were lower for the home country but markets are far-from-rational in situations like this.

Already, the pound is showing much more panic than USD/CAD did back in 1995. 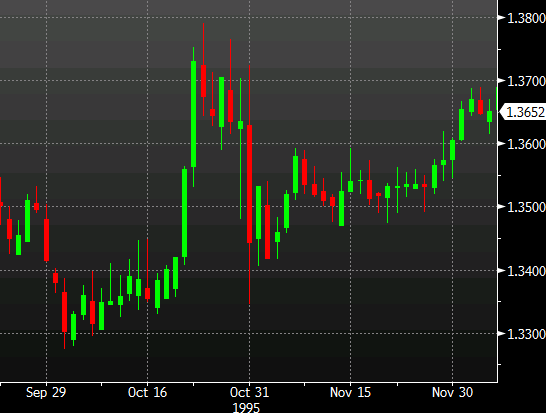 USDCAD during the referendum 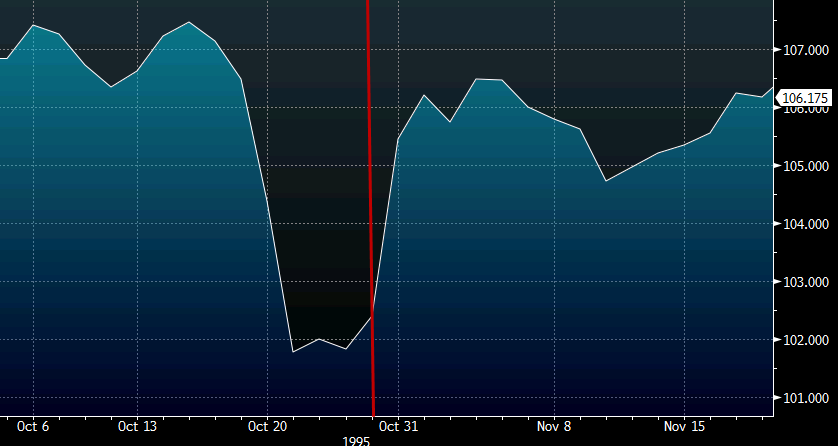 Quebec 30 year bonds during the referendum

Undecided means indecisive and that equals scared. People who haven’t made up their minds gravitate towards the status quo. Based on the final polls, only 12-20% of undecided voters in Quebec choose separation.

Voter turnout will be high but I would be surprised if it matched the 93.5% who voted in Quebec. That referendum was an all-consuming campaign that was all anyone talked about for months. In Scotland it was a curiosity that’s suddenly grabbed some attention.

But no matter what the total participation rate is, you can guarantee that 100% of two demographics show up. Those are “money and the ethnic vote”who Quebec Premier and separatist leader Jacques Parizeau blamed for the loss in a speech on referendum night. The distasteful comment garnered its own Wikipedia entry but it essentially ended his career and he resigned the next day.

“It’s true, it’s true we were beaten, yes, but by what? By money and ethnic votes, essentially.” – Jacques Parizeau

Still, there’s some truth in the comment. Immigrants aren’t particularly interested in the political upheaval that many of them fled, nor are they enamored with Scottish or Quebecois culture. Meanwhile, “money” never wants change because it puts that hard-won money at risk. 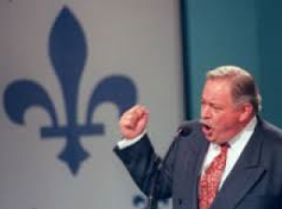 The second factor is that it’s a great time to be an immigrant in Scotland. In Canada, the Federal Government recognized that immigrant voters were against separation and granted 11,429 Quebecers citizenship in the month of the referendum, in comparison to 32,426 over the other 11 months of the year.

5. This isn’t the end of Scottish independence

The Cameron government is making a huge mistake in promising new powers to Scotland if they back away from independence. That move by Cameron has turned “threatening independence” into a political platform. For a generation, Quebec used the threat of separation as a way to wrangle more and more from the rest of Canada.

The narrow Quebec referendum wasn’t the first one. In 1980, fifteen years earlier Quebec held a referendum and lost 60% to 40% but that wasn’t the end of the story. Scottish separatist politicians will be empowered now and they’ve already show they can get results. By doing the same, Cameron has guaranteed that the question of Scottish independence won’t be going away even if the independence movement loses.

After losing the 1980 referendum, Quebec Premier Rene Levesque said, “If I’ve understood you well, you’re telling me ‘until next time’.” He was re-elected in 1981. The issue went into hibernation but when economic troubles came in the early 1990s, it came back.