The Senate Majority Leader Mitch McConnell has been leaning more toward the idea that the votes are not there for a GOP approval of any aid before the election.
He now says that a deal is "unlikely in the next 3 weeks".
He does add some cautionary words on the economy, and also expresses hopes for airline aid, saying: 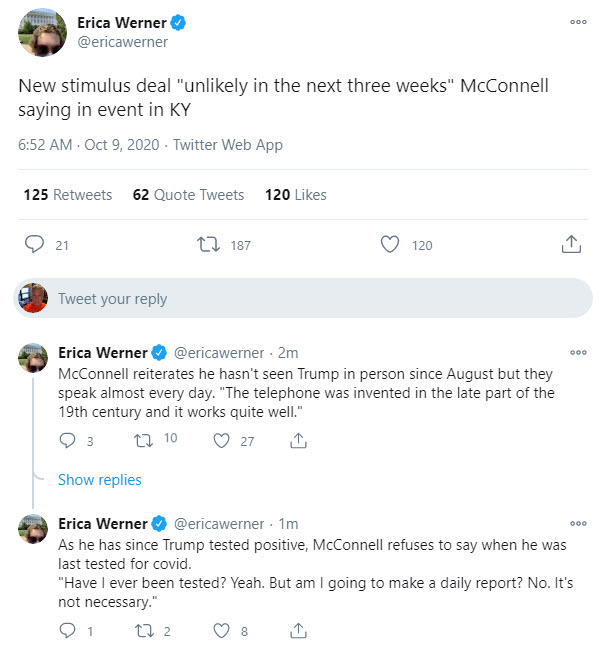