The Supreme Court Chief Justice Roberts has been sworn in to preside over the Trump trial. 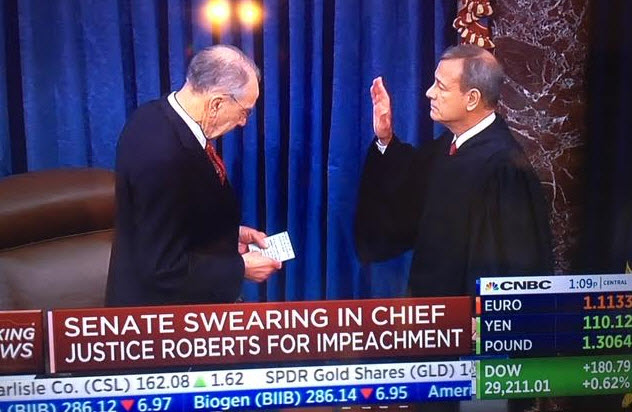 The trial will not begin in earnest until next week. The decision has not been made whether witnesses will be called as of yet. That decision will be made next week.
The Chief Justice will also swear in the impeachement managers chosen by House leader Pelosi, who will prosecute the case against Pres. Trump.  The seven managers will need to promise under oath to do impartial justice in the impeachment trial of Pres. Trump.
Impeachment trial? No problem.
The S&P index trades at session highs.