Some storms are lining up in the Atlantic. Hurricane news could come next week

Tropical storm likely to brush Florida on the weekend 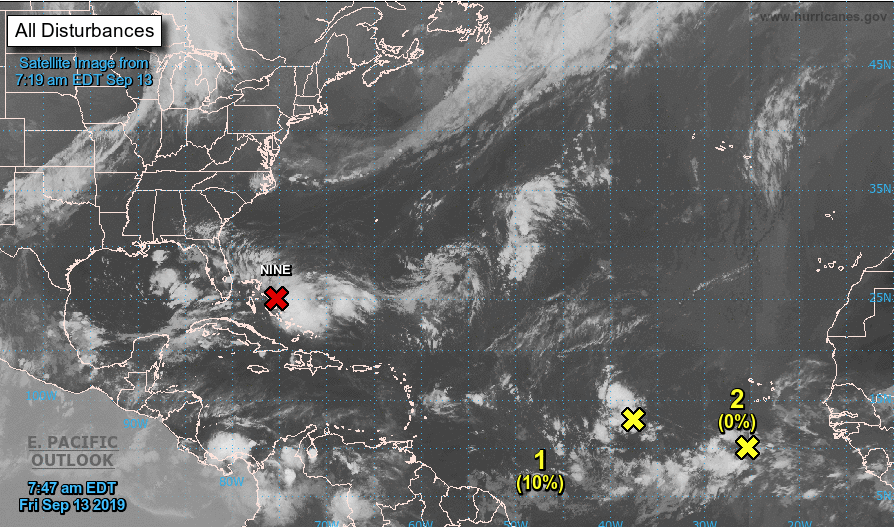 The NHC sees an 80% chance of a tropical storm spinning up along the same path as Dorian in the next 48 hours. The system will likely turn north and run along the Florida coast. Not much strength beyond a tropical storm minimum is expected but the NHC says there is a higher forecast uncertainty than usual.
Next week, the focus will move to a pair of systems in the mid-Atlantic. The one closest to the US has a 50% chance of growing into a tropical cycle in the next week, the NHC forecasts.
"Conditions are expected to become more conducive for development in a couple days, and a tropical depression could form early next week while the system moves westward across the tropical Atlantic," they say in the latest forecast.
Further out, another system is slowly expected to grow as it moves across the Atlantic but no real development is forecast until at least this time next week.