Sometimes you just have to look at the market in awe 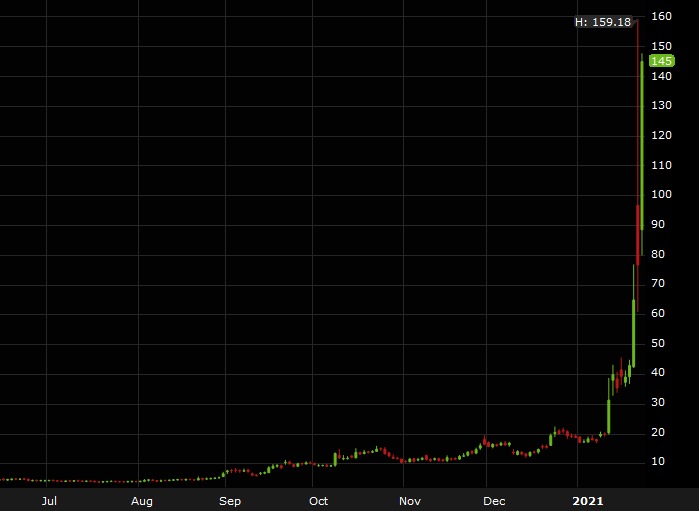 A stock that was worth $400m a few days ago is now all that anyone is talking about or trading. Shares of GME are back up to $147 from an intraday low near $80 in a strange battle that pits:
Reports did the rounds yesterday that +130% of the float was still held short and them Facebook billionaire Chamath Palihapitiya tweeted about buying calls and here we are near the highs again.
It's gross neglect if the management of this company doesn't do a secondary imminently. If the market wants to throw money at you, take it.
The bigger lesson here is that 27,000 people are joining WallStreetBets per day and IG Group just spent $1 billion to buy stock options site TastyTrade.
The temptation is to jump in but this isn't the first WSB pump-and-dump and won't be the last. If you're by all the insane stories of riches, remember something I say often: There's always another trade.