Sources: Trump to announce $200B of tariffs as early as Monday: WSJ 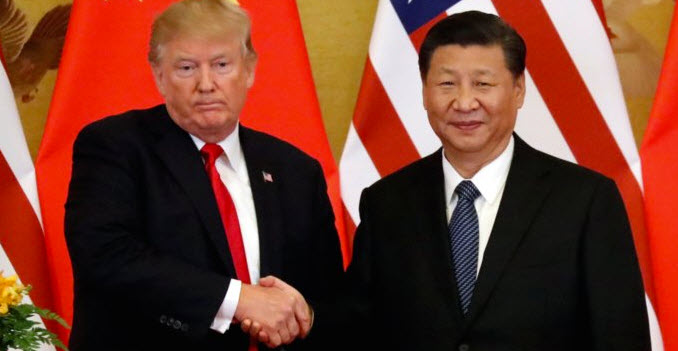 The WSJ is reporting that according to a senior administration official, Pres. Trump is expected to announce additional tariffs on $200B of Chinese goods as early as Monday.
However, the tariff level will likely be 10% according to people familiar with the details. This is below the 25% that the administration was considering.
The level was lowered to appease importers and other businesses who complained of the possible impact of the duties, as well as the expected rise in prices on American consumers ahead of the holiday season.
The tariffs are viewed as a risky gamble ahead of the November elections.
The sources added that the tariff level could be raised to 25% if China does not accede to demands that they change their economic policies. They also stressed that the "details were still be completed over the weekend" and that the levels could change, or Pres. Trump could also change his mind.
US Treasury Secretary Mnuchin was to meet with China Vice Premier Liu He in Washington on September 27 and 28th according people familiar with the White House officials. A tariff announcement could jeopardize those meetings as Liu expected any additional tariffs to be delayed until after the meetings.
The US has already enacted tariffs on $50B of goods. The $200B additional will be on a broader range of goods.
You can read the full story HERE
The Pavlovian reaction has been a selling of the AUDUSD and NZDUSD. Stocks decline.  Flight to safety flows.  Concerns about retaliation from China, and escalation from Trump.  Yields lower on lower growth.
ON the positive side, it is not 25% but 10% and he may change his mind (I guess it could be on the higher side too - i.e. 25%).
ForexLive