There is a parallel to June in the equity market selloff

It's turning into a rough day

The S&P 500 is nearing the September low as the decline extends to 37 points on the day. We're just 10 points from the Sept bottom of 3310. A break would be a six-week low.
There's an interesting parallel to the price action after the June FOMC. I've highlighted with an arrow that day and this week's FOMC. You can see some late-day selling both days followed by a gap lower the next day. 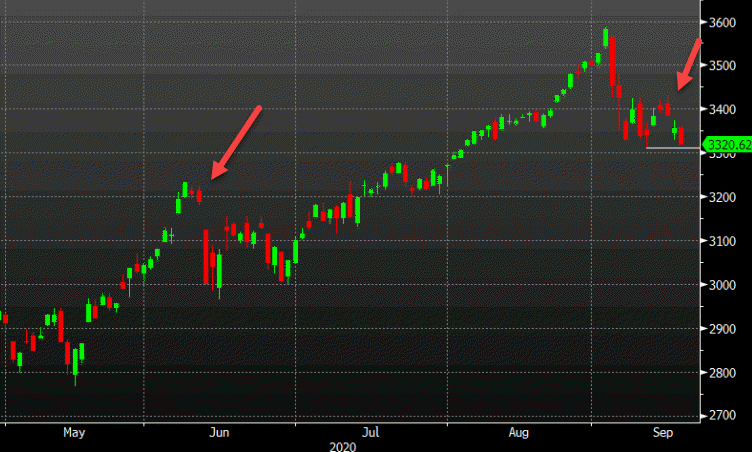 Last time, a marginal new low was traced out the following Monday before a sharp turnaround.
It's also worth noting that the Nasdaq has just taken out the September low. 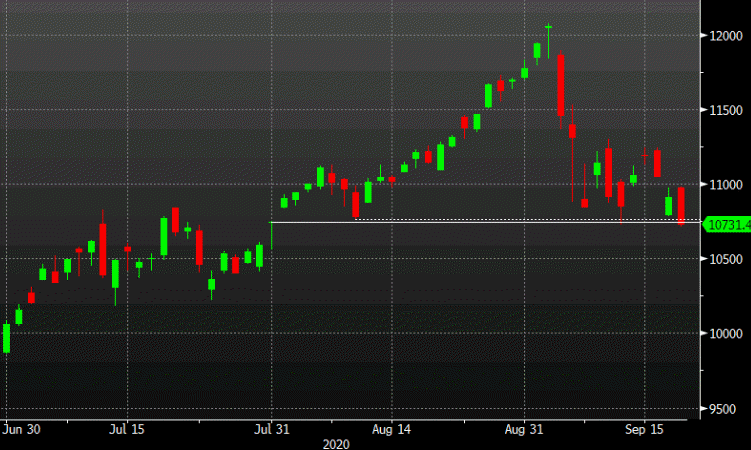